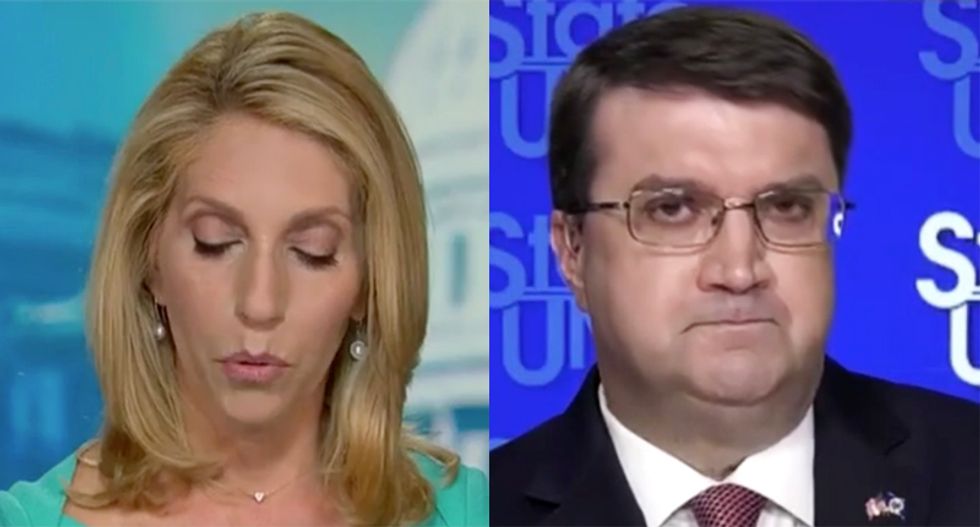 Veterans Affairs head Robert Wilkie was put on the spot on CNN on Sunday morning when "State of the Union" host Dana Bash cornered him over reports that Donald Trump has smeared American military service people as "losers."

To make her point, the CNN host showed him a clip of the president attacking the late Sen. John McCain (R-AZ) who Wilkie admitted was a friend before he passed away.

"Listening to that the way he disparaged not just John McCain but all prisoners of war do you understand why people might find the details of these stories we're hearing now believable?" Bash asked.

"Well, I understand that in the passion of a campaign with two powerful personalities," Wilkie offered. "And I was a friend with John McCain, his family and my mother's family grew up in the same county in Mississippi. He was very much responsible for my career and advancing it and President Trump has been the same. I understand politics. I understand name-calling when it comes from both sides, but all I can say is the proof in the pudding for us in what has happened to veterans."

"But this is about he denigrated not just John McCain," Bash persisted. "He said I like people who weren't captured. He denigrated prisoners of war. As somebody who just described yourself, you were born wearing wearing khaki diapers and someone who was close to the McCain family, is that acceptable?"

'Well, it's politics, it's the heat of a campaign," the Trump appointee repeated. "I judge a man by his actions, and the actions have been beneficial for veterans all across this country in ways that we have not seen since the end of World War II."