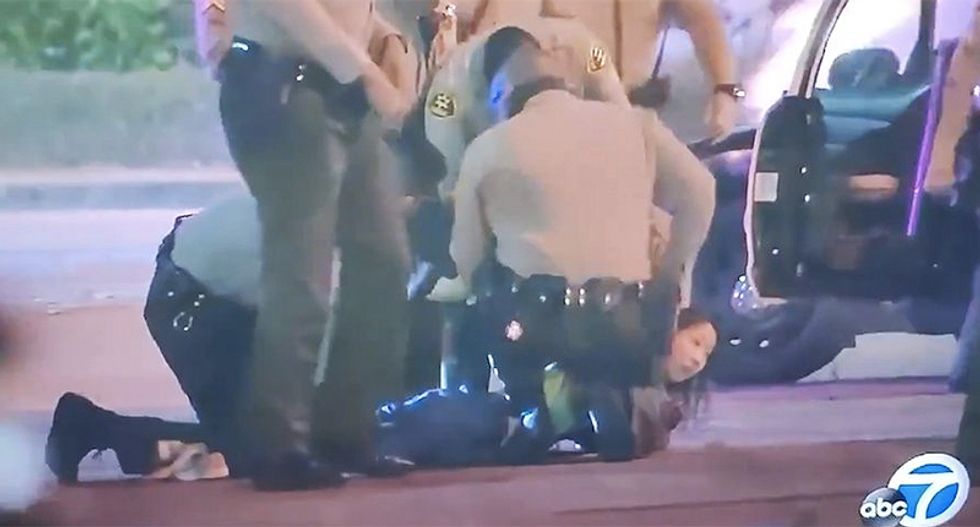 The LA County Sheriff's Department has been caught in a series of lies about their arrest of KPCC Josie Huang, who was reporting outside of St. Francis Medical Center in Lynwood where the two police officers shot in an ambush were taken.

Two LA County deputies were shot and are in critical condition after their patrol car was fired on by an individual captured on video. While sitting outside of a metro station in Compton, an individual can be seen in the video approaching the car and firing shots. One deputy got out of the vehicle to pursue the suspect, then the video ends.

"Both deputies sustained multiple gunshot wounds and underwent surgery at a local hospital," said an ABC7 report. "They were described as alive but in critical condition."

The heartbreaking story took a turn, however, when the officers were recovering at a nearby hospital. The LA County Sheriff's department tweeted that there was a huge crowd of protesters blocking the hospital entrance and chanting, "we hope they die."

Despite multiple cell phone videos capturing the protests, none seem to be able to show the so-called "chant." In fact, videos showed just a few individuals, not a huge crowd of people and nothing was being blocked. One person said the phrase "we hope they die," one time.

There wasn't a huge crowd of protesters. No ambulances were blocked. There were no chants.

Police then claimed that when they were arresting one protester, a woman rushed up to the scene with a cell phone camera in hand. She never identified herself, they claimed, but later they found out she was a press-member. 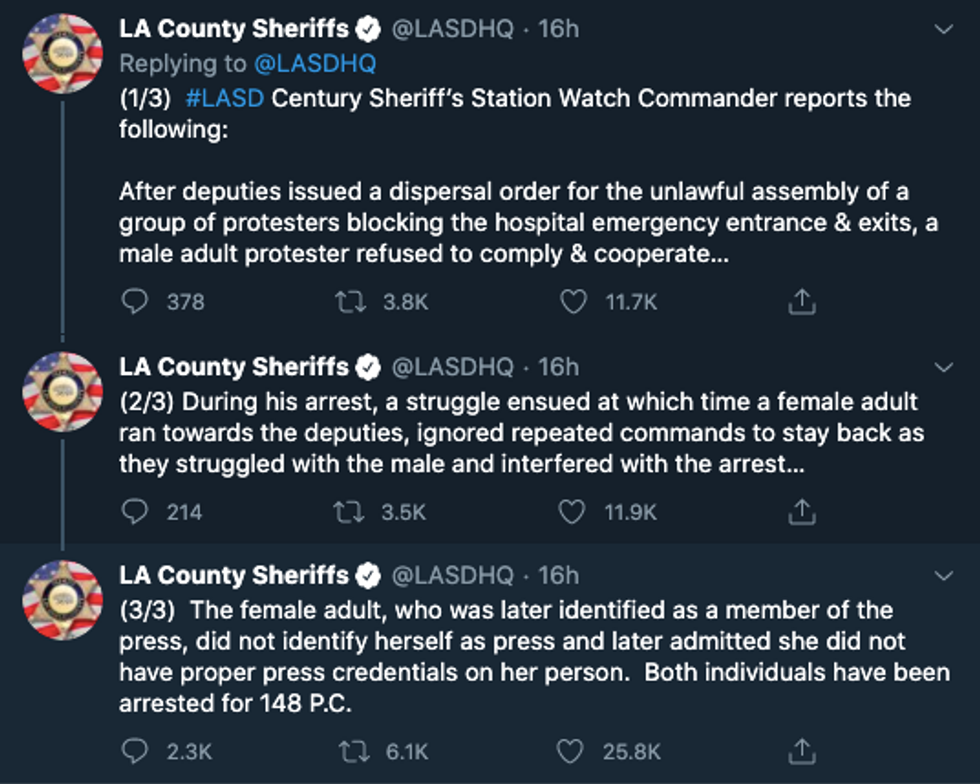 That turned out to be a lie as well. After the reporter was released from jail, she uploaded the video in which she repeatedly identifies herself that as a member of the press. Another video captured the moment where Huang's press credentials can be seen hanging around her neck, showing that she was media.

A handful of men were on the sidewalk. A couple were carrying large flags. Others were filming deputies and tauntin… https://t.co/9YpYK4YcEn
— Josie Huang (@Josie Huang) 1600033835.0

At a time when everyone could rally around the idea that no person should be gunned down in cold blood, whether police or civilian, the sheriff's department spread misinformation, making the issue even worse.