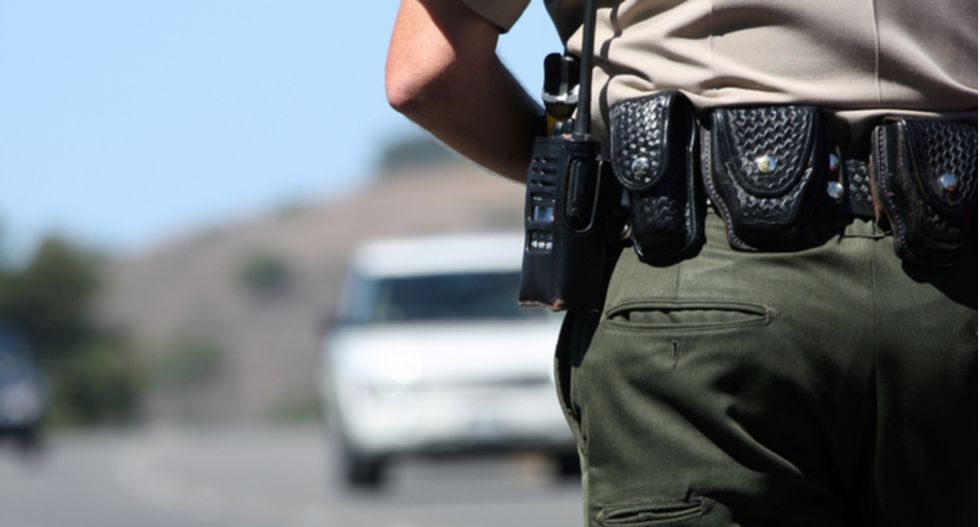 A sheriff's deputy appears to instruct militia members how to get away with using lethal force in a recent conversation caught on video amid raging wildfires in Oregon.

The video, posted on September 11 by freelance journalists, shows an interaction that took place in Clackamas County between armed militia members and a man who identifies himself as a sheriff's deputy instructing them on how to use lethal force without facing any criminal charges.

"Don't get yourself in a situation where you lose your rights because you pushed the limit. You all mean to do good, your hearts in the right place, but the courts nowadays don't give a sh*t where your heart is," the deputy in the video said. "Be advised, there are homeowners who have been prosecuted for murder because they killed some guy who was on their property. You have to prove serious physical injury or death. Now, if you throw a f*cking knife in their hand after you shoot them, that's on you."

The new video has emerged after an Oregon sheriff's deputy was put on administrative leave after another video was circulated showing him making the claim that "antifa" was behind the wildfires that are currently ravaging the West Coast. Now, Clackamas County sheriff's officials are denying any connection to a Facebook page that expressed support for that deputy, the Portland Tribune reports.

The Facebook page for Deputy Mark Nikolai was created on September 12 and was titled, "Patriots for Deputy Nikolai," and declares: "We as a community want him put back to work. Share this page, if it gets enough attention, maybe Sheriff Craig Roberts will listen to the Clackamas Community."

The page is linked to sheriff's office administrative specialist Maigen Thompson, but according to the Tribune, Thompson claims no affiliation with the page and does not know why her email was used.

"I want to clarify for the record: One of our captains indicated a source stated that 'antifa' was involved in possible criminal activity. That source has since been determined to be false," Sheriff Craig Roberts said in a statement on Monday.

It's not known if the Clackamas County Sheriff's Office is investigating that video in connection with the Facebook page for Nikolai.