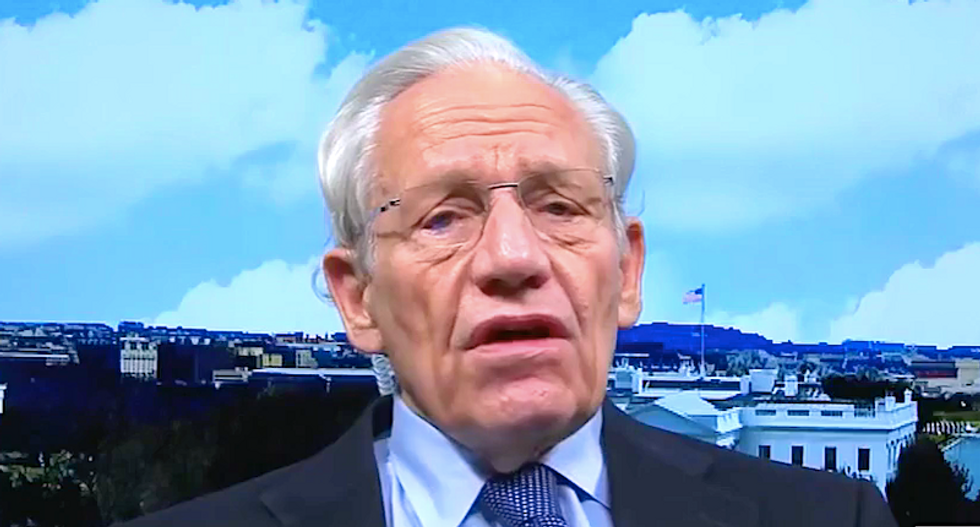 The veteran journalist appeared Wednesday on MSNBC's "Morning Joe," where he discussed the reporting for his new book, "Rage," that reveals the president understood but downplayed the threat from the coronavirus.

"What is really shocking to me, and I think shocking to people who have looked at this, is that he knew it was airborne, that it was going to be a serious situation back in January," Woodward said. "The key to understanding this, for me, was let me take you to that scene of Jan. 28 in the Oval Office, when his national security adviser Robert O'Brien says, the virus will be the biggest threat, the biggest national security threat you will face as president and then the deputy, Matt Pottinger, stepped in and provided specifics.

"[Pottinger had] been a Wall Street Journal reporter in China for seven years, and he knew the Chinese lied about things like this, and he had contacts who told him, this is going to be like the 1918 Spanish flu pandemic that killed, what, 675,000 people in this country," he continued. "The president knew this in January, and I did not learn about this meeting, which is the opening of my book, I think, it's one of the most historic moments in the Oval Office, where a crisis is laid out, and the president doesn't level with the American people, and it's absolutely tragic."

"It's tragic for Donald Trump, for the country, for the 190,000-plus people who have died," Woodward added. "If he'd been honest and shared the truth in some form, we would be in a completely different position now. It is a monumental, catastrophic leadership failure."