WATCH: GOP shredded at Senate hearing for obsessing over judges while ignoring the coronavirus crisis 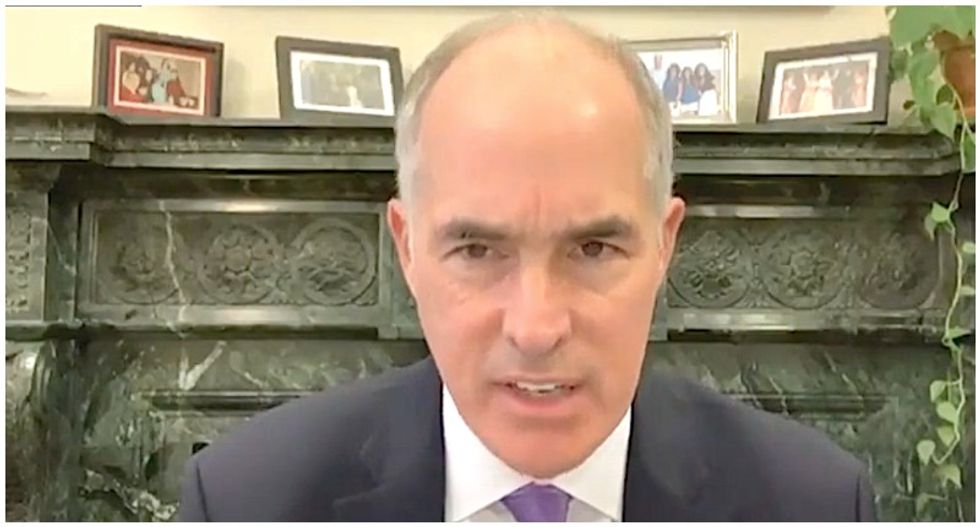 During a Senate hearing this Wednesday, Sen. Robert Casey Jr. (D-PA) tore into Republicans and President Trump as America reached the "grim milestone" of 200,000 dead from coronavirus, saying the the virus could possibly be considered a pre-existing condition "just as the Affordable Care Act could be struck down by the Supreme Court in early November."

According to the Senator, the Trump administration has "no effective strategy" to the reduce the number of senior citizens dying in nursing homes from the virus.

"This is an American tragedy," Casey said. "There's no excuse for these numbers to keep going up."