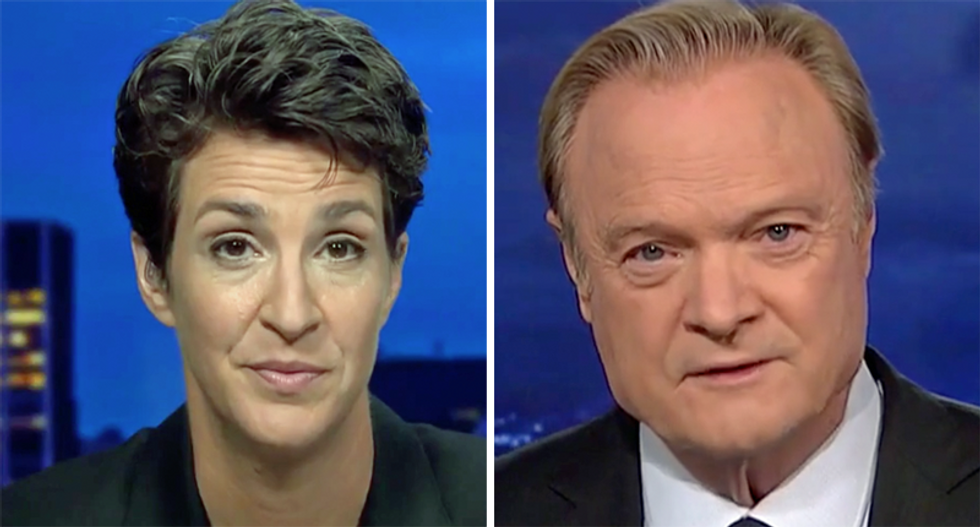 MSNBC anchor Lawrence O'Donnell on Thursday stunned his colleague Rachel Maddow with the latest on President Donald Trump's contempt for the United States military during the handoff between their two shows.

Maddow had covered the uproar after a damning story in The Atlantic on Trump's contempt for service members.

O'Donnell informed Maddow of an exclusive statement on the scandal from Mary Trump, the president's niece.

"Anybody who is surprised by Donald's comments is once again letting him off the hook when he has time after time demonstrated himself to be nothing but an anti-American, anti-military traitor to this country," Mary Trump said.

"Wow," Maddow said. "And you couple that with the fact that she is the one who just, in her book, reported that the president threatened to disown his own child if he chose to enlist in the military because the president was so against it and so repulsed by that prospect."