WATCH: Nicolle Wallace cracks up after watching clip of Trump talking about the Bible 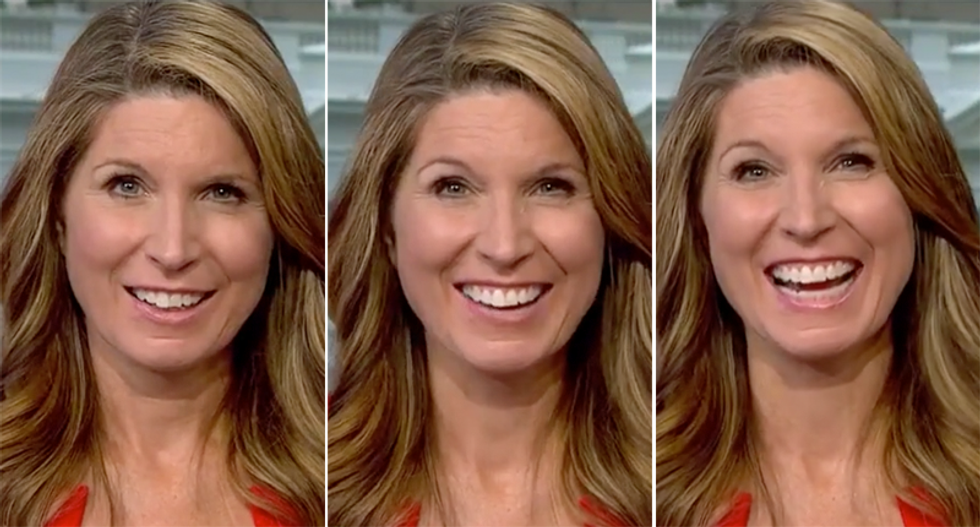 MSNBC anchor Nicolle Wallace on Tuesday played a clip of Donald Trump talking about the Bible where he comes off like a middle school student trying to BS their way through a book report on something that they have never read.

"Ha -- I don't even know what to say," Wallace said while laughing.

"Then-candidate Trump couldn't or wouldn't cite his favorite Bible verse," she explained. "But he knows just how support of evangelicals is to his political survival. Trump has maintained strong backing -- somehow -- from religious voters by enacting conservative policies, I suppose, by publicly showing support like when he cleared peaceful protesters in DC and held up a bible in front of a church."

"Not sure if that works though," said Wallace, who was a top Republican communications strategist prior to her career in journalism.

"But in private, many of Trump’s comments about religion are marked by cynicism and contempt, according to people who have worked for him. Former aides told me they’ve heard Trump ridicule conservative religious leaders, dismiss various faith groups with cartoonish stereotypes, and deride certain rites and doctrines held sacred by many of the Americans who constitute his base," The Atlantic reported.