WATCH: The most revealing part of Obama adviser's interview with Kellyanne Conway is asking 'do you believe in Trump' 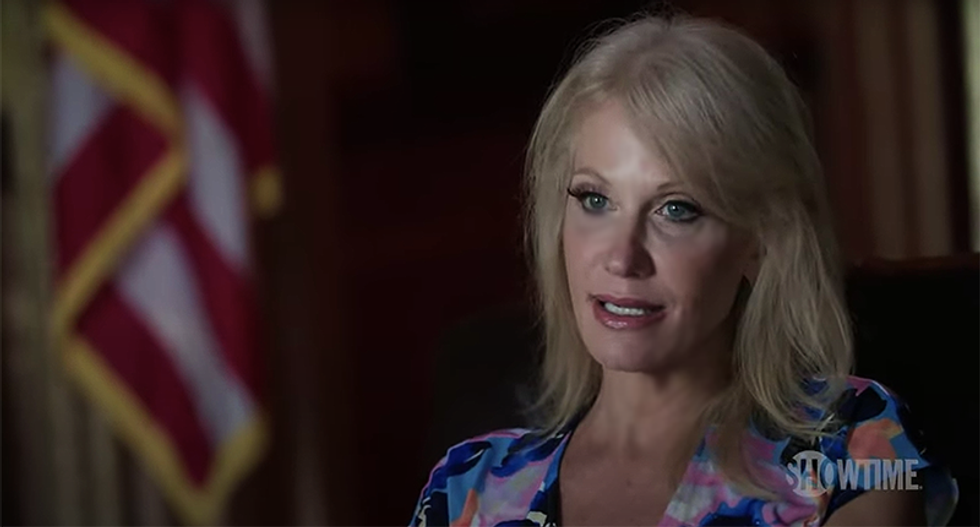 According to Palmieri, she was flooded with requests for more videos of the interview but the one part that she said she found the most "revealing moment," was when she asked Conway "whether she believes in Donald Trump."

"I believe in America," Conway dodges, refusing to echo her 2016 pride in the president.

Conway also addressed that "the ladies love it when our men keep their promises," talking about Trump's slogan "promises made, promises kept," which falsely claims that Trump met his 2016 campaign promises.

Conway and her family have stepped back from their public roles online to address family issues. Kellyanne Conway's final day at the White House was on Monday, Aug. 31.