WATCH: Turmoil erupts in Walmart as racist slurs Black woman who called her out for cutting in line 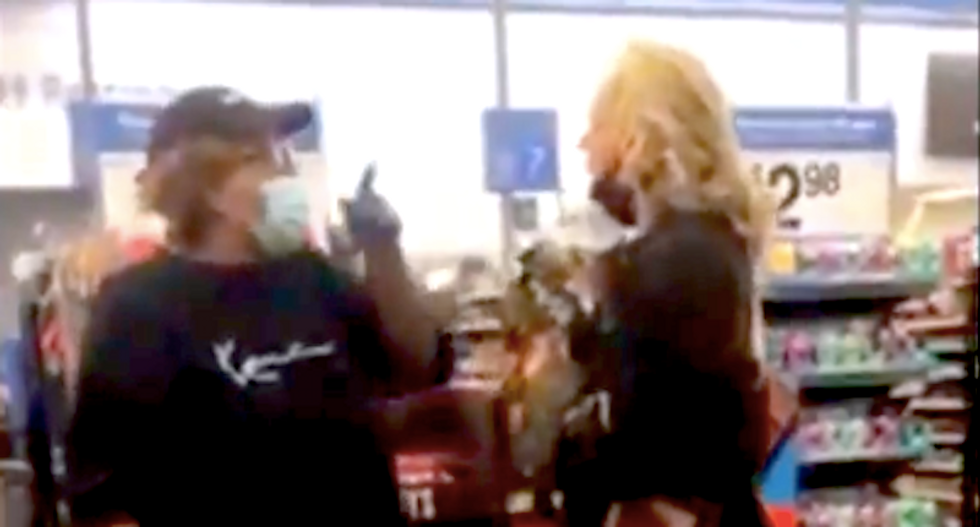 A white woman slurred a Black shopper who called her out for cutting in line at a Georgia Walmart.

Other customers said the white woman jumped in front of the Black woman, who explained the line started behind her, and the encounter was recorded on cell phone video, reported WSB-TV.

“'The lady behind me who I was talking with said, ‘The line is not here, it’s around back,’ and she said, ‘No, I was here all along,’ and she said, ‘No, you weren’t,’" said Lavern St. Ange, who witnessed the exchange. “The Black lady said, ‘You’re not Jesus, you don’t tell me what to do,’ and that’s when the white lady said, ‘Shut up you n*gger' -- and then it was on."

Security guards rushed to separate the women, and both of them left without further incident.

No charges were filed in the encounter, and a Walmart representative said the retailer does not tolerate discrimination or racism in its stores.