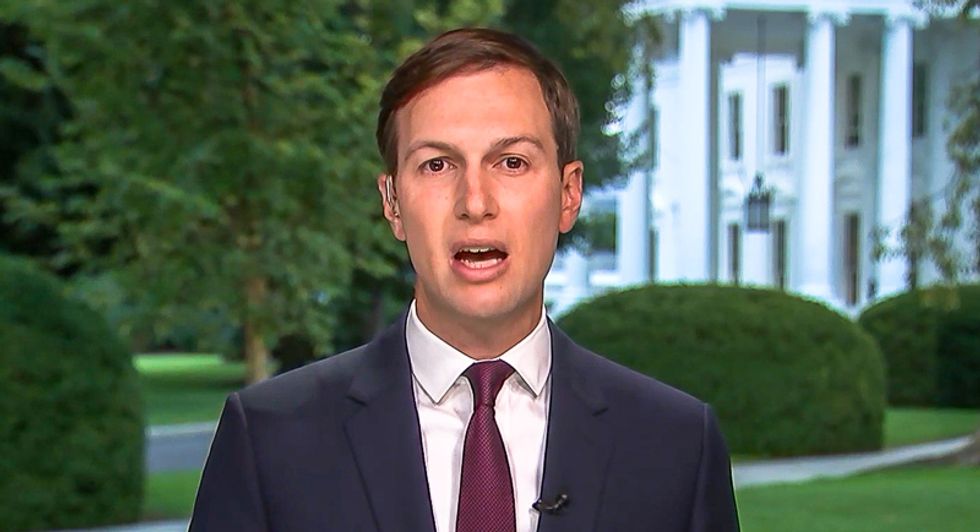 A former member of the White House coronavirus task force explained why he blew the whistle on what he saw as deadly incompetence within the group.

Max Kennedy, Jr. -- the 26-year-old grandson of Robert F. Kennedy -- told The New Yorker that he initially agreed to join the task force that was being put together by White House adviser Jared Kushner because of the serious nature of the COVID-19 pandemic.

“But it was such an unprecedented time," he explained to The New Yorker's Jane Mayer. "It didn’t seem political—it seemed larger than the Administration.”

Kennedy recalled being shocked because a skeleton crew of unpaid task force volunteers were forced to use their personal laptops and email accounts to track down medical supplies.

“It was the number of people who show up to an after-school event, not to run the greatest crisis in a hundred years,” he observed. “It was such a mismatch of personnel. It was one of the largest mobilization problems ever. It was so unbelievably colossal and gargantuan. The fact that they didn’t want to get any more people was so upsetting.”

Kennedy said that one political appointee on the task force, Brad Smith, urged him to create a model that predicted a maximum of 100,000 deaths because existing scientific models were “too severe.”

“I don’t know the first thing about disease modeling," Kennedy told Smith before declining the task.

Kennedy remembered Kushner stopping by the office with “an air of self-importance" on several occasions and promising to fix problems.

“But I never saw a single thing that Kushner promised change," he said.

After quitting the position in April, Kennedy decided to defy a non-disclosure agreement by blowing the whistle in a complaint to Congress.

“I just couldn’t sleep,” he remarked. “I was so distressed and disturbed by what I’d seen.”

Kennedy said that the task force “was like a family office meets organized crime, melded with ‘Lord of the Flies.’ It was a government of chaos.”

“If you see something that might be illegal, and cause thousands of civilian lives to be lost, a person has to speak out," he insisted.