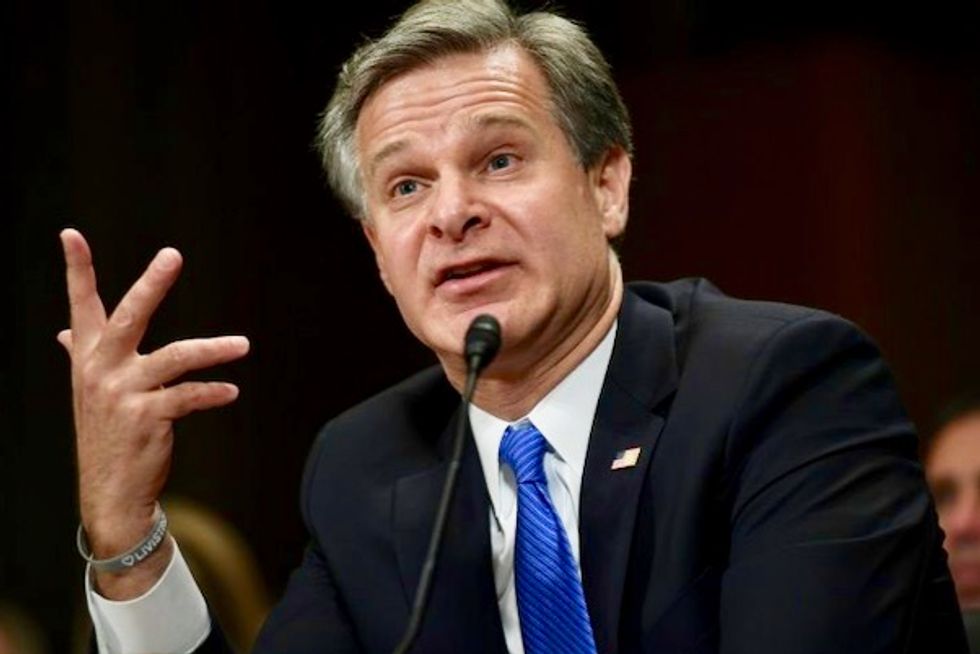 The White House is preparing a list of names for President Donald Trump to use as it prepares to replace FBI Director Christopher Wray, just one day after he testified before Congress that Russia again is attacking the U.S. election.

"The White House is preparing a shortlist of candidates to replace Christopher Wray as FBI Director," Newsmax White House Correspondent Emerald Robinson reported, but has not been confirmed by other reporters.

Wray would be the second FBI director Trump will have fired over Russia.

“The intelligence community’s consensus is that Russia continues to try to influence our elections, primarily through what we would call malign foreign influence,” Director Wray told the House Homeland Security Committee Thursday.

He added, "we certainly have seen very active, very active efforts by the Russians to influence our election in 2020."

Hours later President Trump mocked, slammed, and scolded Director Wray, tweeting: "But Chris, you don’t see any activity from China, even though it is a FAR greater threat than Russia, Russia, Russia. They will both, plus others, be able to interfere in our 2020 Election with our totally vulnerable Unsolicited (Counterfeit?) Ballot Scam. Check it out!"

Wray had also responded to a question specifically about Russia.

He also responded to a question about domestic terrorism, warning that white supremacists are the "biggest chunk" of racially motivated violent extremism and terrorism, and "have been responsible for the most lethal activity."

US Naval War College professor and Russia expert Tom Nichols weighed in on the Newsmax claim:

Well, of course they are. I look forward to hearing from my conservative friends how this will strengthen the rule… https://t.co/a6C23LbRda
— Tom Nichols (@Tom Nichols)1600453609.0

WHITE HOUSE 📍: After Newsmax TV's @EmeraldRobinson reported that @SidneyPowell1 is on a short-list of candidates t… https://t.co/EbGiYfZ36T
— Newsmax (@Newsmax)1600450840.0

Q: Do you think the president may try to replace FBI Director Christopher Wray? Andrew McCabe: "I think you have t… https://t.co/hFNs6zRzbH
— Daniel Chaitin (@Daniel Chaitin)1600454957.0

US Attorney General Merrick Garland pledged Monday to take action against any officials who may have violated Justice Department (DOJ) guidelines with secret surveillance of Democratic lawmakers.

"Political or other improper considerations must play no role in any investigative or prosecutorial decisions," Garland said in a statement.