Woodward shoots down Trump's attacks during '60 Minutes' interview: He had the 'duty to warn' America 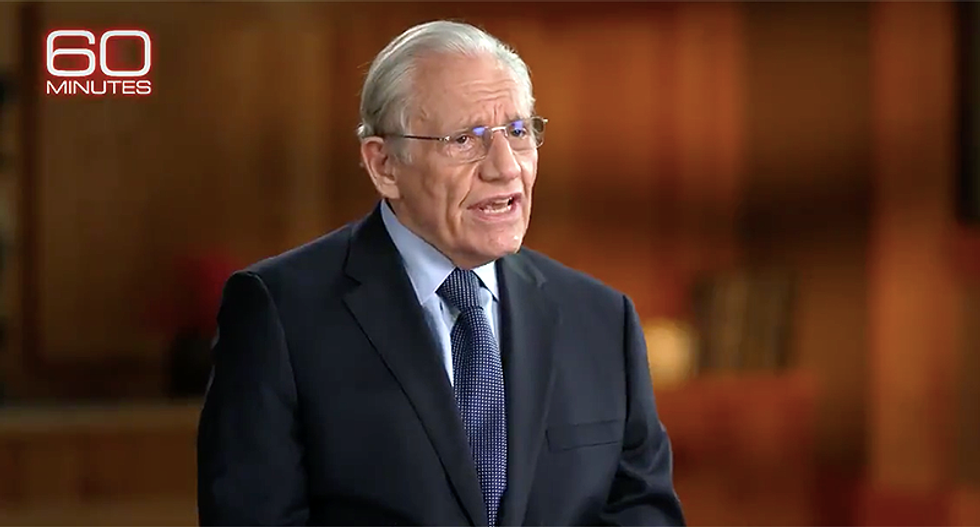 Bob Woodward's book Rage is slated to be released this week on Sept. 15, but ahead of the date, the veteran newsman appeared on "60 Minutes" to discuss the main points that he asked the president.

President Donald Trump spent most of the week attacking Woodward and trying to come up with justifications for his decision to lie to Americans about the real dangers of the coronavirus pandemic. Trump was informed about the hazards in January, but told Woodward he intentionally wanted to downplay it to prevent panic and preserve "prosperity."

Woodward said that on Jan. 28, United States National Security Advisor Robert O'Brien told Trump that the coronavirus pandemic would be the greatest national security threat he would ever face as president.

Trump asked questions about the virus, exposing a difference of opinion among Trump's leaders. Matthew Pottinger, Trump's deputy National Security Advisor, told the president that his sources were saying it would be as bad or worse than the 1918 flu pandemic, which killed millions.

After restricting travel to China, Trump told Woodward that the virus was airborne. But three weeks later, he was saying it was pretty much like the flu.

"This is the tragedy," said Woodward said about Trump downplaying the virus. "The president of the United States has a duty to warn. The public will understand, but if they get the feeling that they're not getting the truth, then you're going down the path of deceit and cover-up."

"I think he did not understand the American public," Woodward said of Trump when he claimed he didn't want to create panic. "We know from history when the public is told the truth, they organize. We have a problem. We're going to step up. And Trump thought, oh well, they'll panic when there's a crisis. When a president knows something, it's time to tell the public. He failed."

Woodward wrote in the book that Trump's handling of the virus reflects his "instincts, habits and style."

When asked what those instincts, habits and style are, Woodward said, "denial, making up his own facts."

See the opener of the interview below: