'Worthless' Joe Lieberman ridiculed over his endorsement of Susan Collins: 'She's done for' 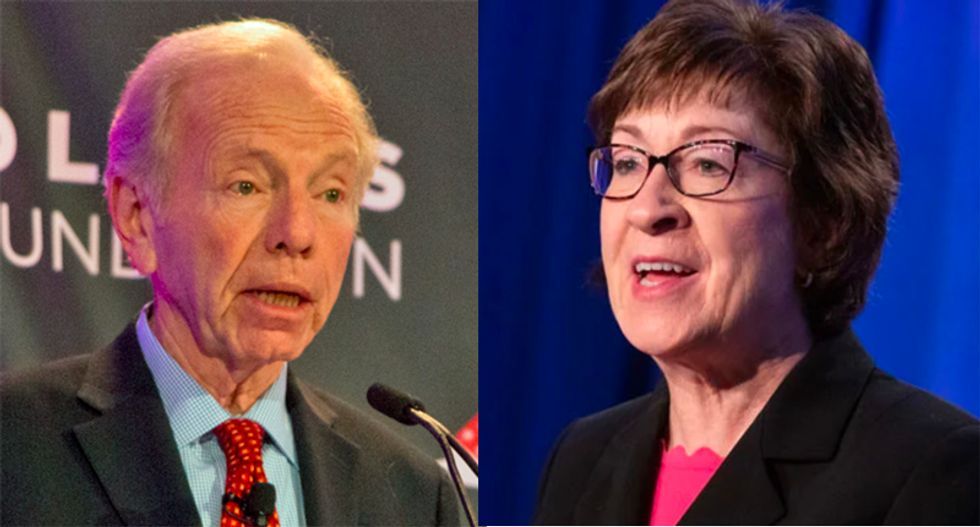 Former Sen. Joe Lieberman's endorsement of embattled Sen. Susan Collins (R-ME) was greeted with both yawns and ridicule on Sunday morning after he made the grand announcement on MSNBC.

Lieberman -- who in 2000 was on the Democratic presidential ticket with former Vice President Al Gore -- slipped into obscurity after aligning himself with Republicans as much as Democrats, made the endorsement suggesting Collins would work with Joe Biden should he beat Donald Trump in November, however many on Twitter stated Lieberman wouldn't move the needle at all for the Maine Republican saying he became "irrelevant" years ago.

And they let him know as you can see below:

🖕There are not enough middle fingers in the world to direct at this persistent cancer on our body politic. Joe Lieb… https://t.co/8ulL1ijFwv
— Scott Sherratt (@Scott Sherratt)1600011647.0