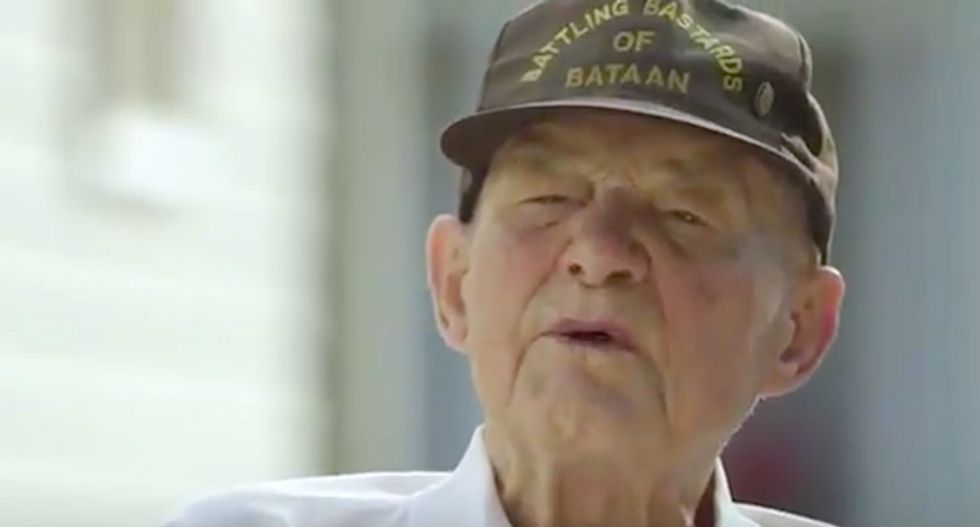 Dan Crowley, who served as a private in the U.S. Army Air Corps and was held as a prisoner of war after the battle of Bataan, appeared in the ad produced by the progressive group Vote Vets after sources told various news outlets that Trump had slurred service members as "losers" and "suckers."

"I was a prisoner of war slave laborer for 42 months," Crowley said. "We were forced to perform unbelievably brutal manual labor. That was probably one of the worst conditions a human being can be put in. None of the fellas who I served with who are no longer with us are suckers. They are not losers. Donald Trump disrespects everyone who served in the military. What's worse -- he lies about it."