All but one member of the Joint Chiefs of Staff under quarantine after possible COVID exposure: report 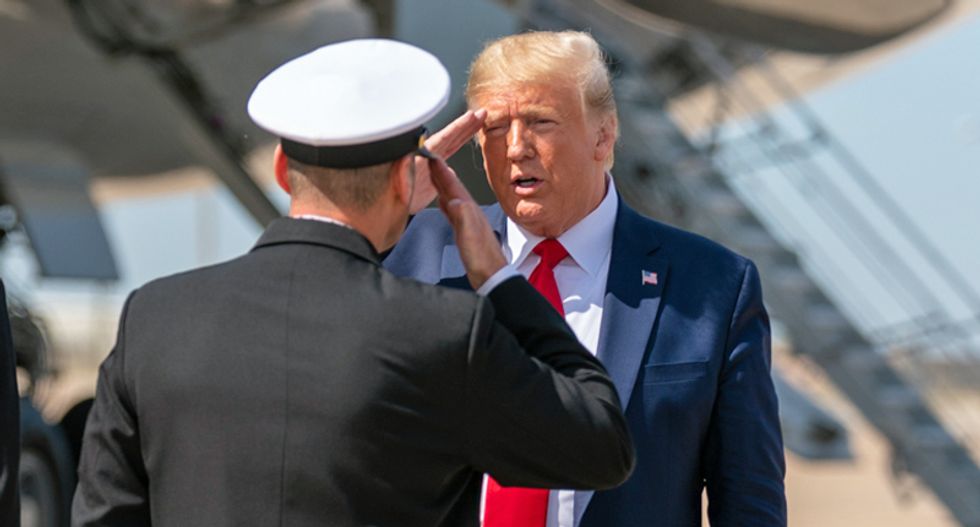 President Donald J. Trump salutes military personnel as he disembarks Air Force One at to Joint Reserve Base Fort Worth in Texas Thursday, Oct. 17, 2019, he was also greeted by Texas government officials and guests. (Official White House Photo by Shealah Craighead)

Nearly every member of the Joint Chiefs of Staff is now under self-imposed quarantine after being potentially exposed to the novel coronavirus.

As reported by CNN Pentagon correspondent Barbara Starr, via CNN host Jim Sciutto, "all but one member of the Joint Chiefs of Staff is now self-quarantining due to exposure at multiple meetings in recent days, including a meeting in Pentagon’s secure meeting space for classified information known as 'the tank.'"

It is unknown at this time if any members of the Joint Chiefs have been diagnosed with COVID-19.

Despite this, the president has been telling Americans for the past two days that they have nothing to fear from the virus, which so far has infected more than 7 million Americans and has claimed 210,000 American lives in just eight months.