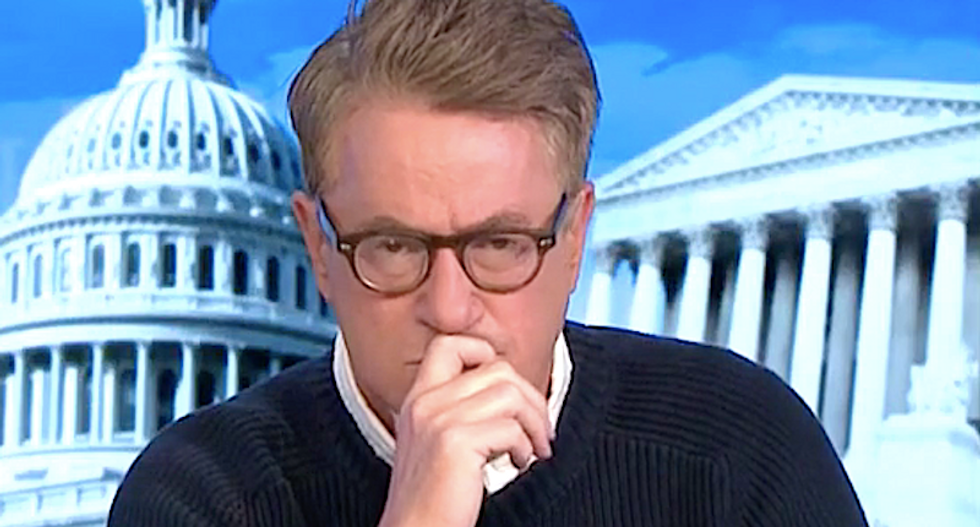 MSNBC's Joe Scarborough bashed Republicans for risking the stability of the U.S. government to gratify "the ignorance of one man."

President Donald Trump is hospitalized with a COVID-19 infection, but the White House and the president's doctors have put out conflicting statements about his health, and some top Republicans and senior administration officials have also tested positive for the virus.

"This is a tragic, tragic conclusion to a year of a White House and a political party and an entire movement, political movement, that gambled with their lives and the lives of their loved ones by the entire party embracing the ignorance of one man obliterating 300 years of science, of learning," Scarborough said. "This is the rejection of the most basic concepts from the Age of Enlightenment, the Age of Reason. They have proudly, for a year now, flouted their rejection of knowledge, rationalism, progress, reason and influenced millions to do the same, and the rejection of basic facts and concepts that make up an undisputed science conception in favor of radical ideas."

The "Morning Joe" host blamed the White House outbreak on an event last week announcing the Supreme Court nomination of Amy Coney Barrett, where the president and other attendees gathered together without masks and not practicing social distancing.

"Except for a few in that crowd," Scarborough said, "we have seen the mocking of masks, the promise of a virus' magical ending, the promotion of finding miracle cures, the insistence this was all a Democratic political hoax, the pushing of disinfectants, the assurance that COVID was leaving in the spring. The assurance it would not come back in the fall even as the president's advisers were saying it would come back in the fall."

"It's come back, and America's government is teetering because Republicans, Republican leadership, [have] chosen to turn their backs on science, medicine," he added. "Basic concepts and instead, they have chosen to pass the political test of one man who while infected by COVID was mocking Joe Biden for wearing a mask."