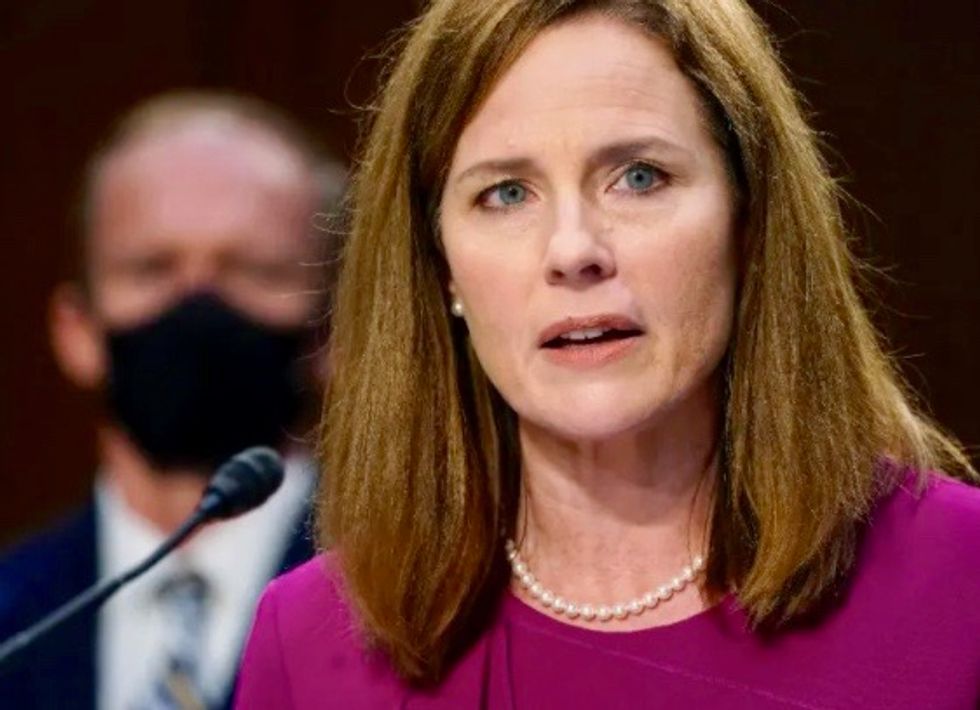 Jamie Crooks and Samir Deger-Sen are both lawyers who clerked for Justice Anthony Kennedy, a lifelong conservative appointed to the Supreme Court by President Ronald Reagan. Crooks and Deger-Sen are now urging the Senate not to confirm Judge Amy Coney Barrett or any nominee until after the presidential election. "Rushing through a confirmation with an election underway threatens the very legitimacy of the court," they wrote in a joint op-ed for The New York Times Sunday.

"What we’d come to appreciate after a year working alongside him was that, far from just a friendly icebreaker, Justice Kennedy’s question revealed his understanding of a profound but often overlooked truth: The court’s influence extends only as far as its perceived legitimacy," they wrote in The Times.

"With Judge Merrick Garland denied even a hearing by Republicans after his nomination by President Barack Obama, and now the rush by those same Republicans to confirm Judge Barrett, the court’s very composition will be seen as a product of the most brazen kind of politics. We fear its decisions will be seen that way, too," they wrote. "That’s why the Republicans’ strategy of forcing through this nomination is shortsighted and may ultimately be self-defeating. The current court is, despite occasional hand-wringing on the right over a decision or two, the most conservative this nation has had in nearly a century."

Crooks and Deger-Sen then reflected on what this moment in U.S. history might look like to future generations.

"We’re liberals. But we’re also institutionalists," they wrote. "We don’t urge postponing Judge Barrett’s confirmation because of her qualifications or originalist philosophy, and we don’t question the sincerity of her promise to approach each case impartially. Our concerns run deeper — that regardless of how or why Justice Barrett would vote on the momentous issues that would come before her, the court’s decisions won’t be accepted. We worry that a large swath of the nation, told a Democrat can’t fill a vacancy in an election year but a Republican can, will dismiss the court as yet another partisan body. And we worry that if our children are asked, years from now, 'How is the court doing?' their answer will turn on which politicians last got their hands on it, and not the reasoning behind the court’s judgments."

A party line vote all but ensures Barrett's confirmation to the U.S. Supreme Court Monday, Oct. 26.