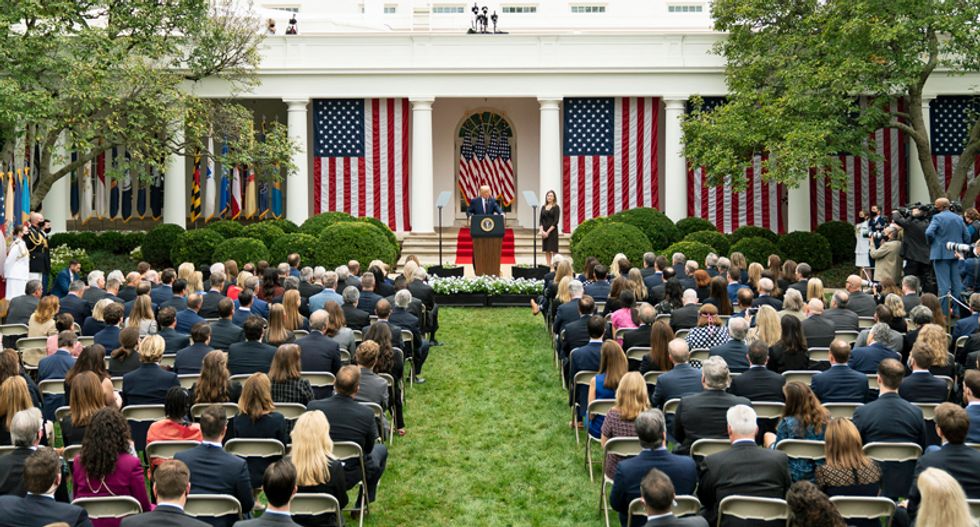 President Donald J. Trump announces Judge Amy Coney Barrett as his nominee for Associate Justice of the Supreme Court of the United States in the Rose Garden of the White House on Saturday, September 26, 2020, who was joined by her husband Jesse Barrett and their children. (Official White House Photo by Shealah Craighead)

Dr. Sanjay Gupta on Friday evening told Don Lemon that, "I think we're starting to be able to describe this as a potential super-spreader event that occurred."

"It was outside which is beneficial," he noted. "But as you mentioned, people unmasked, within six feet, closely clustered for long periods of time. There are a lot of people who had close contact with each other there."

"But that event that you're looking at is sounding like a super-spreader," Gupta said.