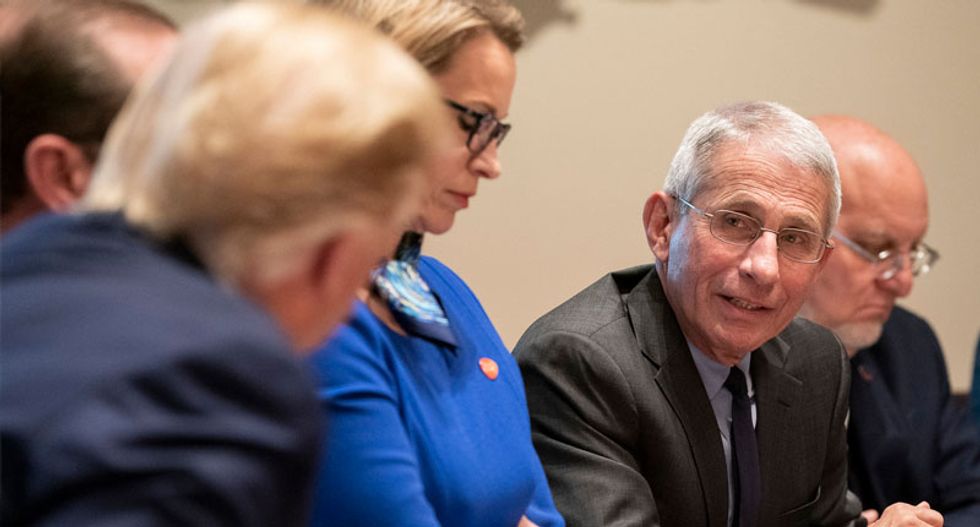 President Donald Trump on Monday spent much of his day attacking the nation's top infectious disease expert even as the seven-day average for new COVID-19 cases in the United States surged past 55,000 a day.

CNN reporter Abby Phillip said on Tuesday that she couldn't make any sense of why the president is publicly feuding with Fauci with just two weeks left in the 2020 presidential election.

Phillip started out by noting how hard Fauci has worked to try to remain apolitical even as the president has routinely attacked him and disparaged his advice.

"What a waste of an opportunity on the president's part," she said. "Dr. Fauci spent so much of this pandemic really trying to not step on President Trump's toes, avoiding criticism of the president pretty religiously. And now he has no choice because he's being publicly attacked by the president."

She then explained why there is simply no political upside for the president to attack America's top infectious disease expert.

"This is such bad politics for this president at a time when he is not viewed as handling this pandemic well," she said. "And also at a time when he's trying to use Fauci's words and likeness in a campaign ad to his advantage, it makes absolutely no sense."