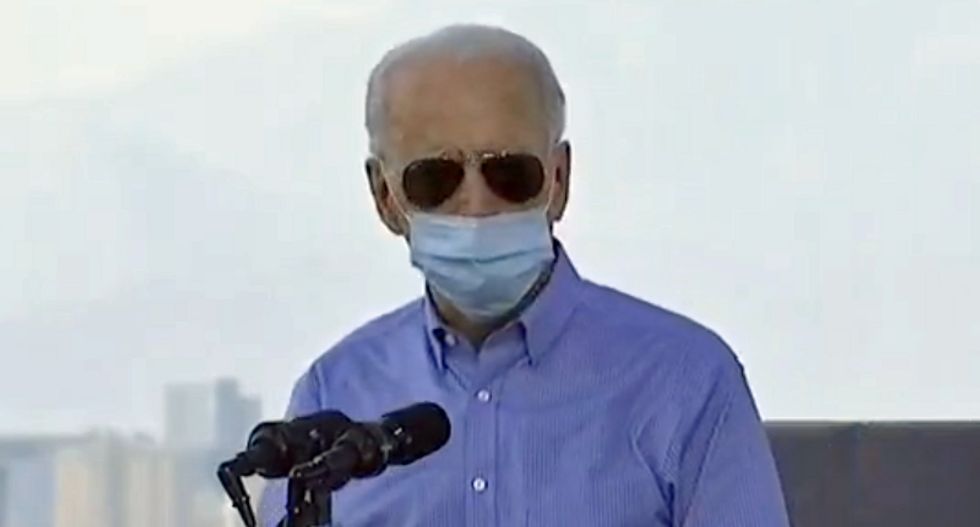 Joe Biden is on the offensive, hitting back after a viral story in the New York Post claims the former Vice President's son, Hunter, was attempting to leverage his father's position to help his business interests.

Here's how one political reporter sums up the story:

"So, let me get this right, a computer shop owner in Delaware saw a Biden sticker on a laptop, went through their customers private correspondence, and turned it over to Rudy Giuliani and the feds?"

That laptop, a MacBook Pro, allegedly was dropped off at the repair shop, the shop owner did not record the owner's name, and years later went through its contents, discovering what the Post calls "bombshell" emails.

The Post claims the shop owner says "he made a copy of the hard drive and later gave it to former Mayor Rudy Giuliani’s lawyer, Robert Costello."

Steve Bannon, former adviser to President Trump, told The Post about the existence of the hard drive in late September and Giuliani provided The Post with a copy of it on Sunday.

The Post, which is owned by Trump friend Rupert Murdoch, who also owns Fox News and The Wall Street Journal, did not mention in its reporting that Giuliani has been working with an "active Russian agent."

Here's how the Biden camp is responding to what is already a widely debunked report.

“The New York Post never asked the Biden campaign about the critical elements of this story," Biden spokesman Andrew Bates tells Politico. "They certainly never raised that Rudy Giuliani - whose discredited conspiracy theories and alliance with figures connected to Russian intelligence have been widely reported - claimed to have such materials. Moreover, we have reviewed Joe Biden’s official schedules from the time and no meeting, as alleged by the New York Post, ever took place."

The Director ot the Aspen Institute's Cybersecurity Program adds: "This fake Biden-Burisma scandal today might actually be a fascinating example of the FBI learning an important lesson from 2016: They appear to have avoided stumbling back into the mistakes of the Weiner laptop."