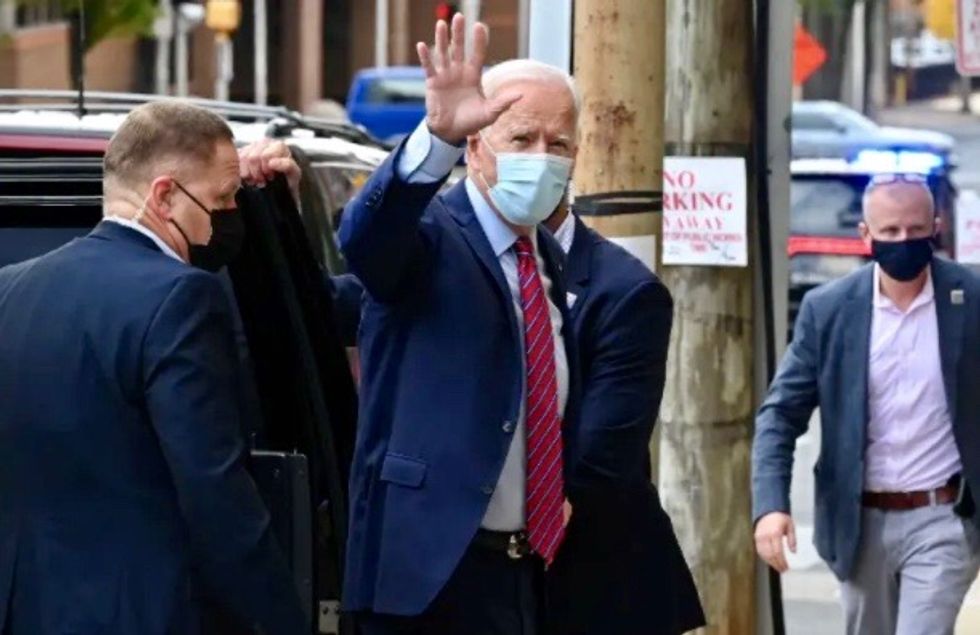 Democrat Joe Biden hunkered down Tuesday for the second straight day instead of campaigning two weeks before the US election, as he likely prepares for his final debate with President Donald Trump this week.

The campaign called a "lid" for in-person events -- meaning a candidate has no more planned appearances for the day -- at 9:30am (13:30 GMT), although there was still potential for the former vice president to conduct local interviews.

The 77-year-old also was off the campaign trail Monday, only leaving his Delaware home to conduct a television interview.

Biden, who has a robust advantage in national polls against Trump but narrower leads in swing states like Florida, held two events in battleground North Carolina on Sunday. But he stayed home in Wilmington on Saturday.

Wednesday's schedule was still not public, but former president Barack Obama is set to campaign for his ex-deputy in Philadelphia.

Trump, 74 and scrambling to make up lost ground, has been barnstorming the nation virtually non-stop ever since his doctors gave him the green light nine days after his Covid-19 infection was diagnosed on October 1.

The president was in a different swing state every day last week. On Sunday he campaigned in Nevada, where he called Republicans "stupid" for publicly criticizing him, and launched bitter attacks on Biden Monday at two packed rallies in Arizona.

Trump was to hold a rally Tuesday in swing state Pennsylvania.

Both men are gearing up for their final debate Thursday. Organizers announced that they will mute the microphones of Biden and Trump when they are not answering questions, to avoid the interruptions that disrupted their first debate.