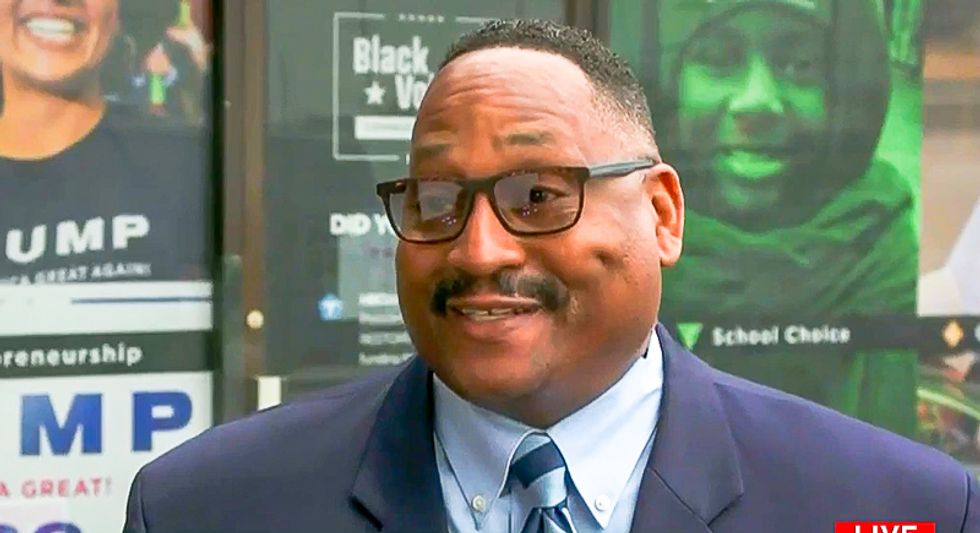 In an interview on Fox News on Monday, Kushner had slammed Black Americans for "complaining" and suggested that they do not want to be successful.

Coats was asked about the remarks during an interview on MSNBC.

"Did it hurt the campaign yesterday when a senior adviser used what many see as a racial stereotype, suggesting that Blacks don't want to be successful?" MSNBC's Chris Jansing asked the pastor.

Coats said that Kushner's claim about African-Americans not wanting to be successful was "absolutely true."

"We have a major part to play in our own success in America," he insisted. "The president through his Platinum Plan and other initiatives tells us what he's thinking about the things that he's willing to push for. But as Black leaders, we join hands with him in order to make those many possibilities like jobs, good education, bringing the manufacturing base to the United States, entrepreneurship. We have to work with the president, with the administration, with the government in order to bring these things into fruition."

"So that kind of language doesn't bring to mind, as some people have suggested, the '70s and '80s welfare moms kind of conversation?" Jansing pressed.