In 2016, “I didn’t like either of the candidates," said Jason Hooper of Greensboro, North Carolina.

Turns out, Hooper wasn't the only one with this perspective. According to Pew Research, Black voter turnout declined in 2016 for the first time in 20 years, down from 66.2 percent to 59.6 percent. Things are different this year, though. Washington Post-ABC News national polls conducted late last month and early this month found Biden leading Trump among African American likely voters, 92 percent to 8 percent. So if Black voters who stayed home four years ago turn out this year, Biden could swing back the states that Trump narrowly won against Hillary Clinton, no matter what happens with the White vote.

“In one of the states that determined the outcome [in 2016], the winning margin averaged out to just two votes per precinct,” former first lady Michelle Obama said at the party’s national convention in August. “And we’ve all been living with the consequences.”

The Washington Post talked with Black voters about their plans to vote this year after skipping the 2016 election race.

Louis Johnson of New Orleans, Louisiana, said, "Fifty-fifty — that’s how I felt about Hillary Clinton and Donald Trump [in the 2016 election]. I wasn’t too high on either one at the time. I have no problem with a woman being president, but I did not trust Hillary, and I didn’t know much about Trump. So for the first time ever, I did not vote in the presidential election."

Gloria J. Young of Woodbridge, Virginia, said, "Come hell or high water, I was going to vote this year: President Trump is incompetent, ignorant, insensitive, racist and disgusting. I feel responsible for not voting in 2016 — like my vote might have made the difference. And I know that by voting this year, I’m honoring my mother, who volunteered for many years as a poll worker in Gary, Ind., before she died in 2013. I haven’t always been focused on the importance of every citizen exercising their rights, even though she always was. But Mom, I don’t plan to make that mistake again."

"I don’t like the way Trump addresses people: He says a lot of crass stuff," said Tamicka Lowe. "The simplest way to put it is that he’s politically incorrect. I do customer service, and you have to be inclusive of everybody. You can’t put some people below others... But, ugh, Biden. It’s a double-edged sword: Who is the worst — him or Trump? But I really don’t want Trump to be reelected. The comments he has made about Kim Jong Un and other countries that threaten the U.S.? Not that I care that they don’t like us, but sometimes you have to be diplomatic. He could cause World War III."

Lowe said she wanted to vote in person, but the lines were too long and she decided to vote by mail.

Robert McClain said he voted for former president Barack Obama, but that he thought Biden was better. He did not vote in 2016, but he's voting for Biden now.

"I think we have a president in there [the White House] who doesn’t care about the American people: We have more than 200,000 people who have died, and he has not placed any importance on that," McClain said. "He’s said they would have died anyhow. That’s not good for a president. I had the virus myself — I got over it. But one of the ministers in my church died from it... And I’m going to vote in person, like I normally do. I live in a small town, so crowds won’t be a problem."

Lisa Rossum said she didn't vote in 2016 because she'd just had a baby, but she trusts Biden and plans to vote this time.

"Now, I am not going to lie: I don’t pay much attention to politics most of the time," Rossum said. "That’s my fault. I should be more aware of that. And I don’t know much about Kamala Harris, to tell you the truth, but I think Joe Biden would have plenty of experience because he was vice president under Barack Obama. And he just seems like he has the country’s best interest at heart and is not selfish. He’s not an idiot. He’s actually worked in politics and government before." 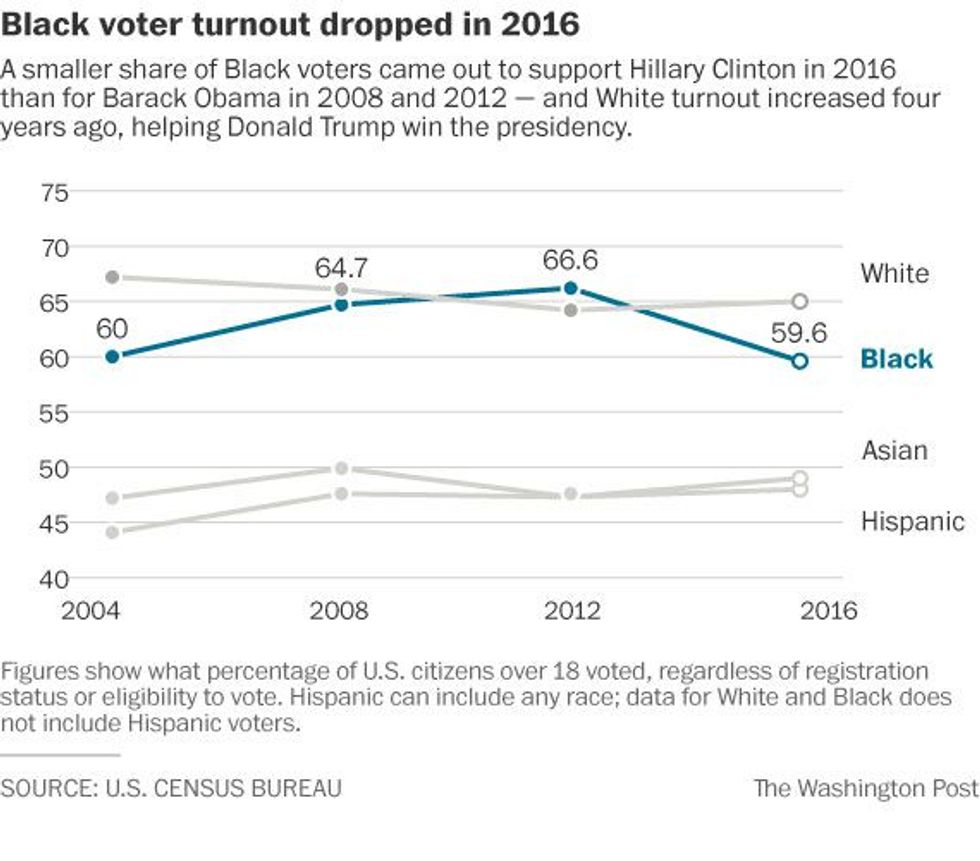