BUSTED: Commerce Secretary was on board of Chinese joint venture — while running Trump’s trade war 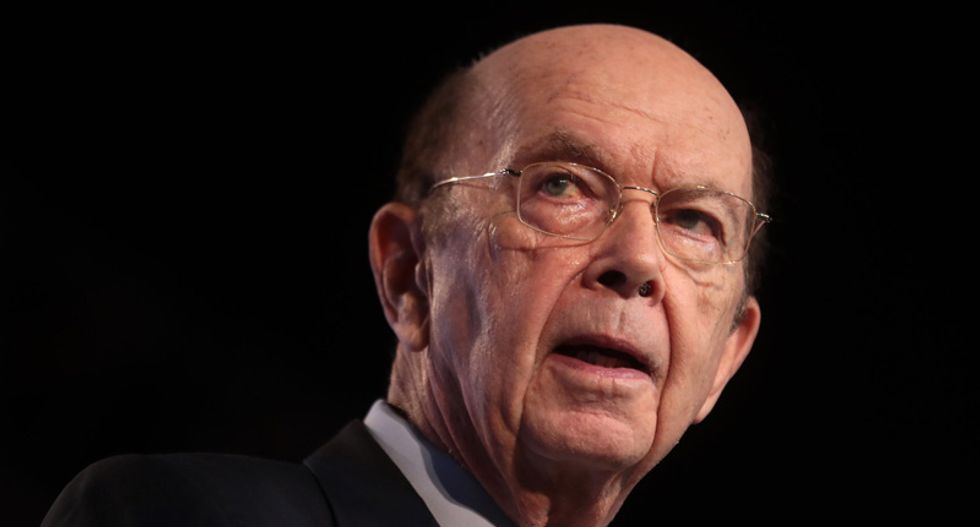 On Thursday, Foreign Policy reported that Commerce Secretary Wilbur Ross remained on the board of a Chinese joint venture — even while he was tasked with overseeing President Donald Trump's trade war.

This means he was on the board during the tariff fight between the U.S. and China in 2018, as Trump levied more and more taxes on importers bringing Chinese goods into the U.S., and China retaliated with tariffs of their own.

"The documents correspond to the information found on Chinese corporate data sites, such as Qichacha and Qixinbao, including the dates of board membership," said the report. "The documents don’t say if Ross was paid for his board seat or whether there is any current financial relationship between Ross and the joint venture. It’s also unclear if Ross knew that he remained on the board seat: The more recent documents don’t include the signatures or seals of the individual board members. That Chinese documents state Ross was on the board of a Chinese joint venture until 2019 has not been previously reported."

Ross, a billionaire financier, has come under fire for a series of revelations about investments that could conflict with his government duties.