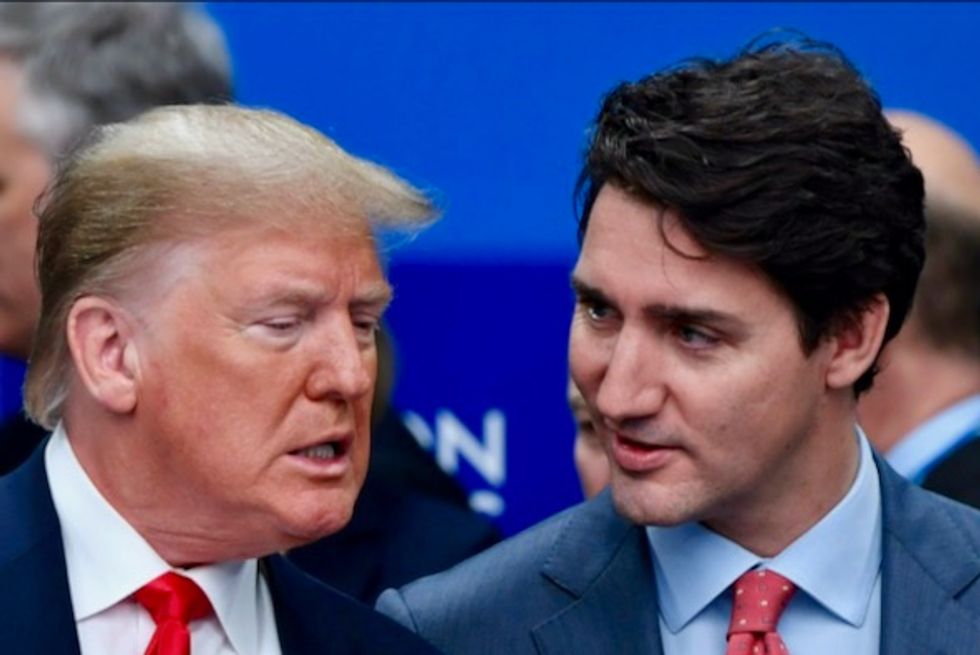 Canadian officials are regarding the coronavirus pandemic in the U.S. warily, as Public Safety Minister Bill Blair on Monday announced the country is extending its border restrictions for at least another month.

The restrictions had been set to expire on Wednesday, after an agreement with the U.S. to suspend nonessential travel between the two countries was forged in March, but now Americans will be largely unable to cross the northern border until at least Nov. 21.

The decision was made with public safety in Canada in mind, Blair said in a tweeted statement on Monday.

Coronavirus cases in the U.S. have been steadily rising for over a month, with 8.2 million cases reported in the country so far. Several states bordering Canada have been identified as hotspots recently, including Wisconsin, North Dakota, and Montana.

Canada, which is currently facing a rise in infections, has confirmed fewer than 200,000 cases of Covid-19 since its first case in January, and 9,760 people have died of the disease. The country has also had a lower test positivity rate than its neighbor to the south. In the U.S., more than 219,000 people have died so far as President Donald Trump has sidelined public health experts, undermined early efforts by healthcare workers to confront the crisis, flouted and openly mocked guidance including social distancing and the use of face masks—even after testing positive for the disease himself earlier this month.

Trump's refusal to defer to public health officials regarding the pandemic has been echoed by some federal, state, and local officials, including Fargo, North Dakota City Commissioner Dave Piepkorn, who earlier this month claimed in a meeting about mask mandates that wearing face coverings does not prevent the transmission of Covid-19.

"We have committed to keeping Canadians safe and we keep extending the border closures because the United States is not in a place where we would feel comfortable reopening those borders," Prime Minister Justin Trudeau told The Start, a podcast produced in Winnipeg, last week. "We will continue to make sure that Canadians' safety is top of mind when we move forward."

Immigration lawyers have reported an uptick in the number of Americans inquiring about moving to Canada since the pandemic began in March. In July, Canadian attorney Mark Belanger told Global News that the number of inquiries he's received has tripled this year.

The president's actions unrelated to the pandemic has also been linked to a surge in the number of Americans wanting to leave the country, according to the Jewish Telegraphic Agency (JTA).

Heather Segal, an immigration attorney in Toronto, told the outlet earlier this month that four Americans contacted her the morning after the first presidential debate, when Trump refused to denounce white supremacists.

Segal said small spikes in immigration inquiries are common in U.S. election years, but in 2016 she received just a couple dozen. This year she has received six or seven per day.

"In my life, I have never seen what I'm seeing," Segal told JTA.