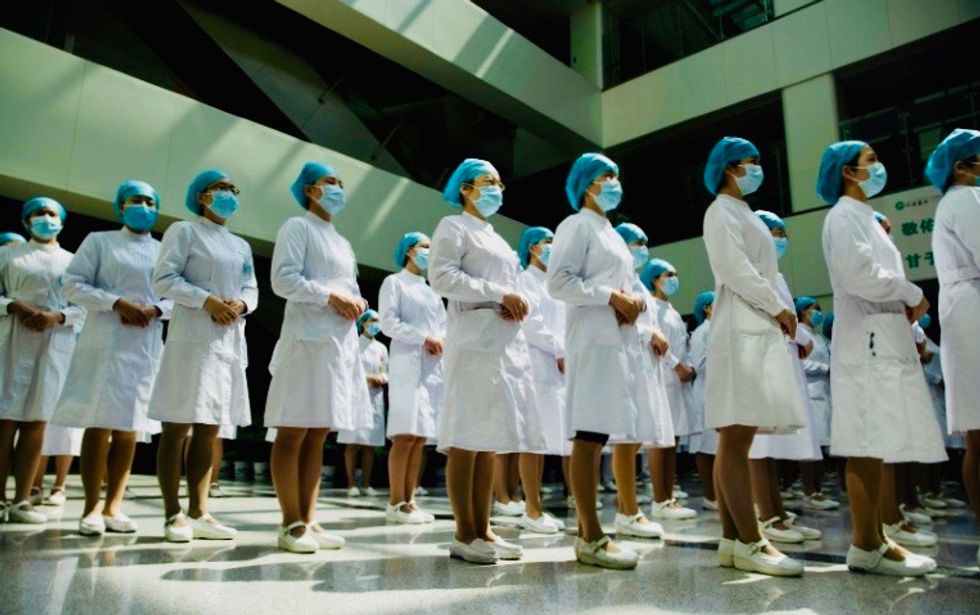 China has passed a new law to improve its handling of disease outbreaks -- including protecting whistleblowers -- following a cascade of criticism over its coronavirus response and accusations of an early cover-up.

The new biosecurity law, approved by lawmakers on Saturday, flags the right to report "acts that endanger biosecurity" and calls for risk prevention systems, ranging from active monitoring to emergency plans.

It takes effect from April 15 next year.

"Any work unit or individual has the right to report acts that endanger biosecurity," the regulation said.

"When a report is required according to the law, no work unit or individual shall conceal (it)... or hinder others from making a report," it added on infectious diseases and epidemics.

China's approval of the law comes in the face of Western criticism on the coronavirus, over accusations that it covered up the initial outbreak and silenced early whistleblowers.

But China has been trying to reshape this narrative, with authorities seeking instead to model the country as a vanguard in the pandemic fight.

Although doctor Li Wenliang who alerted colleagues to the new coronavirus in late December was at first reprimanded, a national outpouring of grief and anger over his death prompted Beijing to redirect criticism to local officials and subsequently paint him as a hero.

President Xi Jinping in February raised the need to speed up establishing the biosecurity law, urging for reforms of mechanisms to prevent major outbreaks.

Under the new law, those who conceal information, omit making reports or prevent others from reporting infectious diseases could be given warnings or suspended.

The new law also calls for systems including to regularly monitor biosafety risks, and to trace the origins of incidents.

Disease prevention agencies are also to help predict the occurrence and prevalence of emerging diseases.

Based on these predictions, authorities should announce warnings and adopt prevention measures.

Although Beijing established an information system after the 2002-2003 SARS outbreak that allowed for real-time reports of outbreaks, provincial authorities came under fire during the coronavirus outbreak for perceived incompetence, including delays in announcing the public health emergency.

The new biosecurity law also takes aim at the management of research facilities, flagging the need for emergency plans for biosafety incidents.