China leads UN call for US to end 'coercive' sanctions 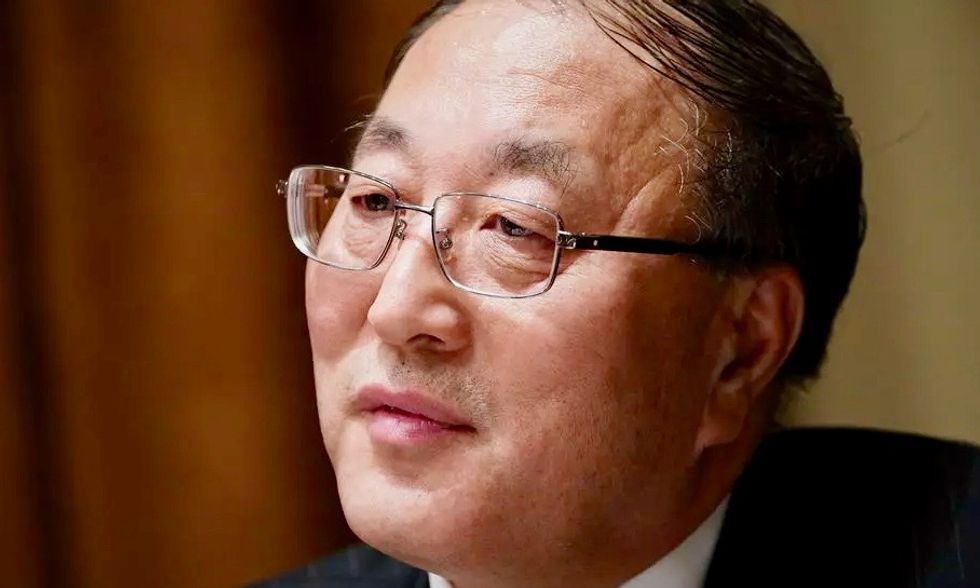 China's ambassador to the United Nations, Zhang Jun, seen here in December 2019, has sharply criticized the United States over its criticism on the coronavirus MANDEL NGAN AFP/File

China, Russia and two dozen other countries called on the United States and Western countries to end the use of unilateral sanctions, which they said make it harder to deal with Covid-19.

In a statement read by Chinese envoy Zhang Jun at the United Nations, they accused the United States of violating human rights, systematic racial discrimination and hindering development in countries it places economic sanctions on.

"The response to and recovery from COVID-19 requires global solidarity and international cooperation," the countries said in the statement.

"However, we continue to witness the application of unilateral coercive measures, which are contrary to the purposes and principles of the UN Charter and International Law," they said.

"We seize this opportunity to call for the complete and immediate lifting of unilateral coercive measures, in order to ensure the full, effective and efficient response of all members of the international community to COVID-19."

The statement was signed by China, Russia, North Korea, Iran, Nicaragua, Venezuela and other countries against which the United States has placed punishing sanctions.

It was made to the UN General Assembly's third committee, which focuses on human rights and humanitarian affairs.

In the past four years Washington and the EU have accelerated their use of sanctions to punish countries for various behaviors, from Russia's invasion of Crimea, to North Korea's and Iran's nuclear programs, to misrule and rights abuses by the leader of Venezuela.

The sanctions can try to lock the countries or their entities out of the global, dollar-based trade system, and seize assets in certain jurisdictions.