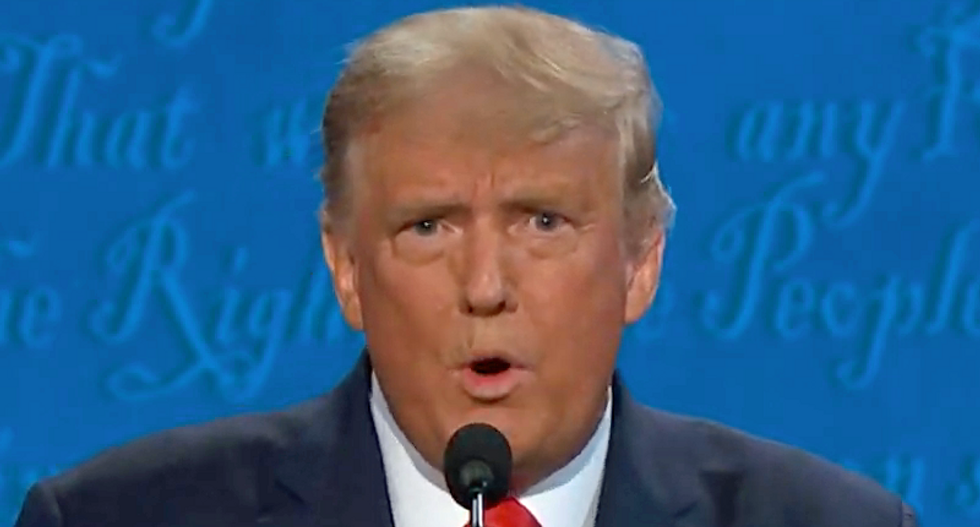 On Tuesday, CNN reporter Tom Foreman took a deep look at President Donald Trump's claim that "I didn't back down from my promises and I've kept every single one" — and revealed how he has, in fact, failed to keep any of his major promises to his supporters.

"Really? Let's look. Promise one," said Foreman, playing a clip of Trump saying, "I will build a great, great wall on our southern border and I will have Mexico pay for that wall. Mark my words." "Under President Trump, 331 miles of wall have been constructed on the nearly 2,000 mile border, almost all of it replacing existing sections. There are only nine miles of new wall, and no evidence Mexico paid for a foot."

"Promise two," said Foreman, to a clip of Trump saying, "We're going to repeal Obamacare and replace it with something much better." "A Republican effort to overturn the law in 2017 failed. Trump and his congressional allies did kill the requirement for people to have insurance, individual mandate, and they hope the Supreme Court will strike the whole program down this fall. But a replacement plan? Still no sign of it."

"Promise four," said Foreman, showing Trump saying, "We'll re-negotiate the disaster known as NAFTA." "He did replace the North American Free Trade Agreement with a similar deal to generally high marks. On the other hand, his sharp tariffs on China have been criticized for costing American consumers."

"His promise to go after D.C. corruption?" continued Foreman, playing a clip of Trump promising, "We'll drain the swamp of Washington." "Other than repeatedly calling his political foes to be investigated, there is little evidence he;s drained anything, and more than half a dozen of Trump's associates have been charged with crimes."

"And about his attack on President Obama's golfing trips?" added Foreman, showing Trump saying, "I'm not going to have time to go play golf." "Trump has teed it up more than twice as often as Obama. Of course, Trump gets teed off whenever someone points out a promise he hasn't kept, but in that sense, he is becoming exactly what he pledged to never be: another politician."