CNN: 'The West Wing is effectively shut down now' 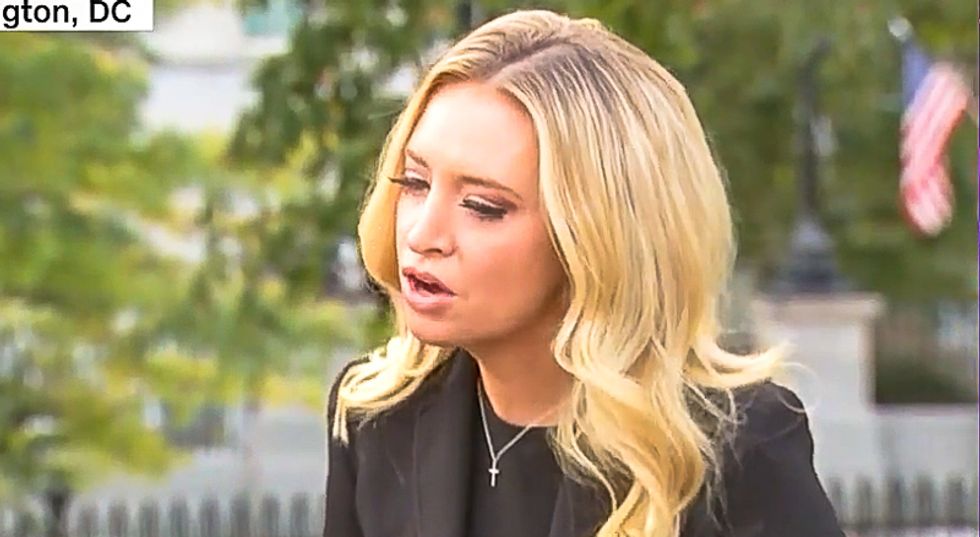 CNN correspondents reported on Monday that the spread of coronavirus at the White House has left the West Wing "effectively shut down."

The news of the dire situation at the White House came after Press Secretary Kayleigh McEnany and at least two other staffers tested positive for COVID-19 on Monday.

"The West Wing is effectively shut down now," CNN's Brianna Keilar reported. "The coronavirus outbreak at the White House got worse. White House Press Secretary Kayleigh McEnany and two of her aides reveal that they have tested positive."

"This is inexplicable, inexcusable," Acosta said of McEnany's recent mask-free press briefings. "I just walked up to lower and upper press [offices] as it's called in the West Wing... those are the areas where the press staffers and communications staffers work every day. It's usually a beehive of activity. Those offices are almost entirely empty. It is eerily silent in that corner of the West Wing right now as all of those staffers -- almost all of those staffers -- have been asked to go home, work remotely as a precaution."

"And so what we essentially have over here at the White House is kind of a hot zone for the coronavirus," he added. "They finally had their super-spreader event and it is now infecting other people inside the West Wing."