'Come on Mike!' Morning Joe unloads on Pence for 'sad and pathetic defense' of COVID-19 response 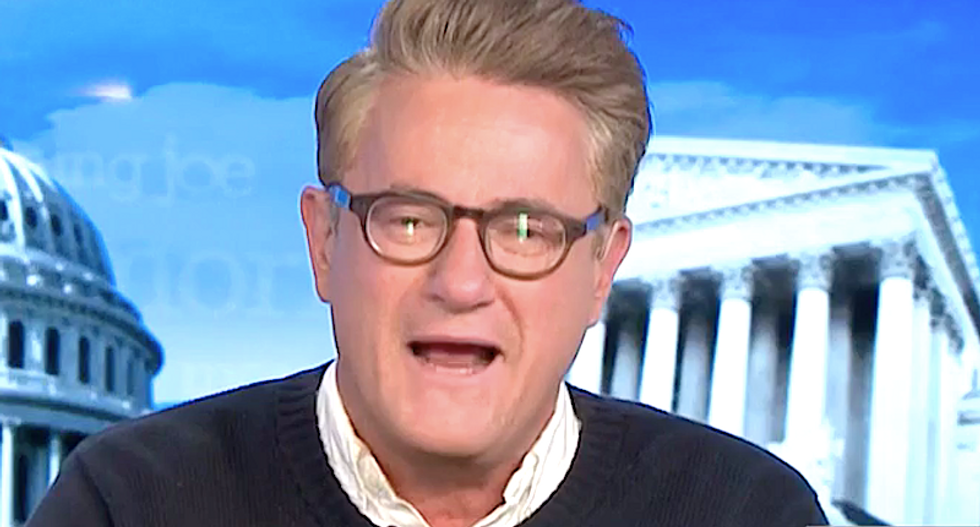 Pence heads the White House pandemic task force, and he justified a largely mask-free nomination ceremony for Amy Coney Barrett that appears to have spread the highly contagious virus among administration officials and Republican lawmakers.

"It's just sad and pathetic defense put forth by Mike Pence of the White House super spreader event," Scarborough said.

"Mike, if you go out and lie to the American people, how are they going to have the information they need to make those right choices?" Scarborough continued. "You held a super spreader event on White House grounds, people hugging and kissing each other, and embracing each other. Like, seriously? Like COVID didn't even exist. Do you not understand, Mike, that you guys look like you were from another planet, and not a planet that any of us would want to visit unless we wanted to end up wheezing like Donald Trump after walking up a couple of flights of stairs. Not a planet that we would want to visit unless we wanted to say good-bye to our parents who are dying in the hospital over an iPhone."

"Donald Trump lied through his teeth about the deadliest pandemic to face this country in over a hundred years," he added. "Oh, come on, Mike."