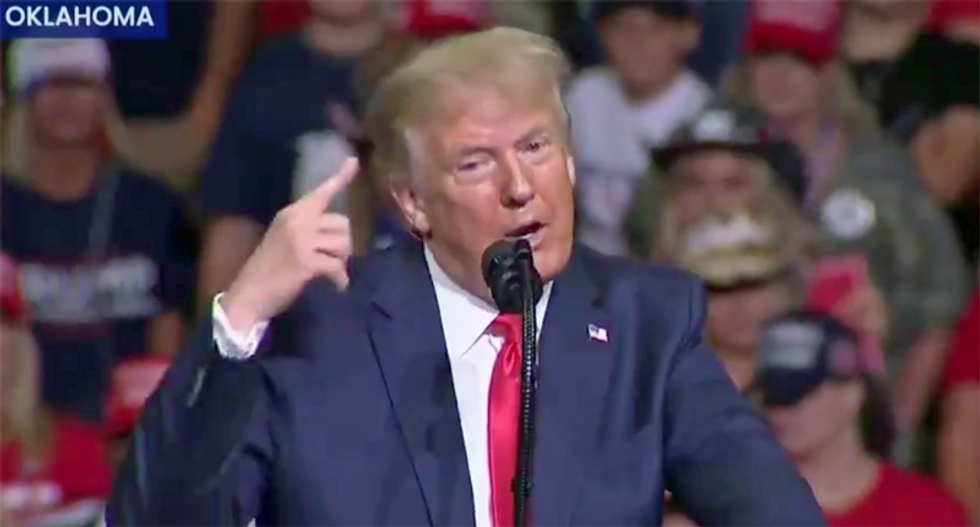 In a moment of confusion, President Donald Trump appeared to forget where he was speaking Saturday night.

Flying into Muskegon, Michigan, Trump cautiously walked down the steps of his airplane to take the stage before a large "make America great again," sign. After a series of rants about Democrats, Speaker Nancy Pelosi, former Vice President Joe Biden and others, he turned to attack Rep. Ilhan Omar (D-MN), a Congresswoman who doesn't represent Michigan.

“Dammit, Minnesota, you better vote for me," Trump told his supporters in Muskegon.

It isn't the first time Trump has struggled with confusion. In 2019, he told a Pittsburgh, Pennsylvania crowd that he was building a wall on the southern border of Colorado. The state is about 400 miles north of Mexico, with the state of New Mexico in between.