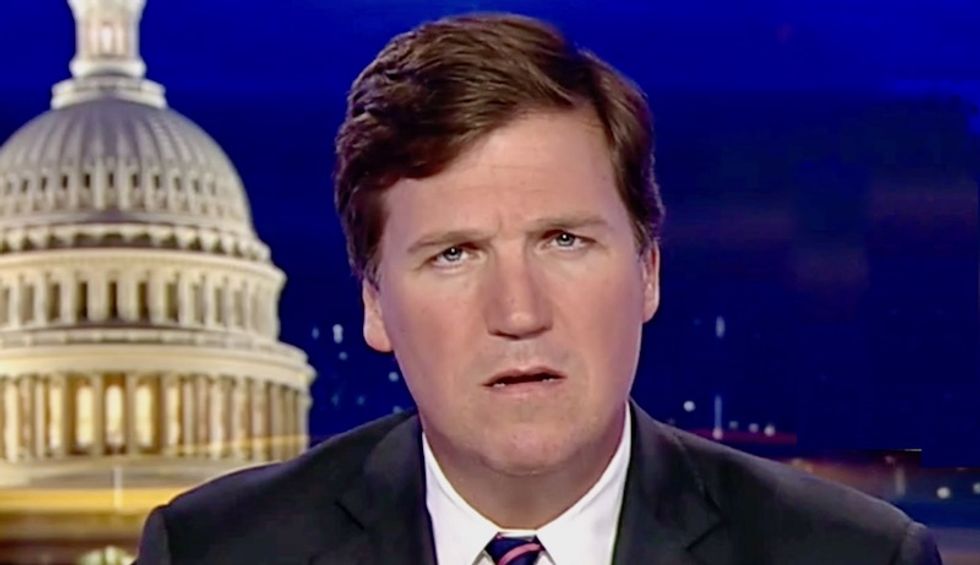 In 2016, Steve Bannon did an amazing job rolling out the Clinton Foundation nontroversy. He gave The New York Times and CNN early access to Peter Schweizer's book, Clinton Cash, and the outlets gave it mainstream credibility. Later, when the Uranium One story was thoroughly debunked, it didn't matter. The foundation remained under a pall of fuzzy suspicions.

This year, as the Trump cabal tries to recreate the perfect storm that culminated in his narrow victory the last time, we have Hunter Biden and his many randomly misplaced laptops. And it hasn't gone so smoothly.

On Friday, The Washington Examiner ran a bombshell story about yet another laptop belonging to Hunter Biden. According to the report, the DEA took custody of the device "while executing a search warrant in the Massachusetts office of a psychiatrist who was accused of professional misconduct." That psychiatrist is none other than former Fox News regular Keith Ablow, whose "medical license suspended after he faced allegations of sexually exploiting patients and illegally diverting prescription drugs." According to NBC, "Hunter Biden was not a target of the search or the investigation, and his lawyer ultimately got his laptop back." But apparently Hunter Biden + laptop = scandal!

It's odd that the younger Biden keeps abandoning laptops across the country. Recall that this all started when Hunter Biden, who lives in California, happened to drop off a couple of laptops for repair at a Delaware computer shop and then forgot to pick them up. The computer repair guy happened to be a Seth Rich Truther who decided that the computers must belong to Hunter Biden because there was a Beau Biden Foundation sticker on one of them. So he retrieved the damning evidence and then, fearing the Clintons might murder him, or something, turned them over to the FBI and awaited the Bidens' imminent arrests. When that didn't happen, he gave a copy of the hard drives to Rudy Giuliani, as one does in such circumstances.

It seems that Giuliani is only giving media outlets owned by Rupert Murdoch access to the damning materials. Both The Wall Street Journal and Fox News (!) found that they contained nothing linking Joe Biden to anything untoward. When NBC asked for them, Rudy offered to let them review only a selection of the emails. Meanwhile, Time Magazine reported that the emails had been "circulating in Ukraine last year at the same time that Rudy Giuliani was searching for dirt there on former Vice President Joe Biden."

Meanwhile, NBC reported that "one month before a purported leak of files from Hunter Biden's laptop, a fake 'intelligence' document about him went viral on the right-wing internet.... The document, a 64-page composition that was later disseminated by close associates of President Donald Trump, appears to be the work of a fake 'intelligence firm' called Typhoon Investigations," whose lead researcher, "a self-identified Swiss security analyst named Martin Aspen, is a fabricated identity, according to analysis by disinformation researchers, who also concluded that Aspen's profile picture was created with an artificial intelligence face generator."

As Politico notes, "with bits and pieces of the entire Hunter Biden narrative floating across the conservative mediasphere, few people on the right have been able to explain who, exactly, did what, on behalf of whom." But they're nonetheless furious that the mainstream press isn't giving them the scandal that they had hoped for. With no substance to run with, "A-list conservative outlet[s]...have turned their firepower toward other reliable topics: social media bias; deep state plots; and the media’s failure to cover a story they themselves have backed away from."

Trump, his surrogates and the conservative press failed to put in the work, and now they're incensed that they aren't getting a participation trophy. Oh well.

At least 27 political appointees have exited the embattled Health and Human Services department since the start of the Covid-19 crisis in February, according to a POLITICO review, and senior leaders are bracing for dozens more officials to depart swiftly if President Donald Trump loses re-election.

Such a wave of departures would leave only a shell staff shepherding the department through a uniquely challenging winter of coronavirus outbreaks and drug and vaccine authorizations until Inauguration Day on Jan. 20. [Via Politico]

The Daily Beast reports that "the FBI has failed to produce a legally required report detailing the scope of white supremacist and other domestic terrorism, despite mounting concerns that the upcoming election could spark far-right violence."

The Trump-appointed "head of a key advisory council on the civil service has resigned over an executive order to strip away protections against political interference in hiring and firing for a large portion of the career federal workforce," according to the WaPo.

The order, which could affect tens of thousands or more career positions involved in making or carrying out policy, “is nothing more than a smoke screen for what is clearly an attempt to require the political loyalty of those who advise the President, or failing that, to enable their removal with little if any due process,” Ronald Sanders wrote in his letter of resignation Sunday from the Federal Salary Council.

According to NBC, Michael Pack, Trump's pick to head the U.S. Agency for Global Media, which produces Voice of America and other government-supported outlets, "has scrapped a federal regulation designed to protect the editorial independence of Voice of America and other U.S.-funded media outlets, amid accusations he is undermining the journalistic credibility of the broadcasters.... Reporters at the U.S.-funded broadcasters have accused Pack of trying to turn the service into a mouthpiece for Trump, and former executives said they expected legal challenges to the decision."

"The Trump administration announced plans to lift restrictions on logging and building roads in a pristine rainforest in Alaska that provides habitat for wolves, bears and salmon. Conservation groups vowed to fight the decision on the Tongass National Forest." More details at CBS.

"The Department of Defense offered few details to a congressional oversight committee about why a struggling trucking company, YRC Worldwide, was determined to be critical to national security, a designation that allowed it to receive a $700 million stimulus loan," reports The New York Times.

YRC lost more than $100 million in 2019 and was being sued by the Justice Department over claims it defrauded the federal government for a seven-year period. The case is unresolved.

The Defense Department noted in the letter that it had access to other shipping companies such as FedEx and UPS. YRC is the fourth largest small-freight shipping company in the United States.

You know where this one is headed, right? "Commission members had raised concerns that the company might have received a loan because of ties to the White House."

Finally, we'll leave you with a little extra motivation to vote if you haven't already done so.