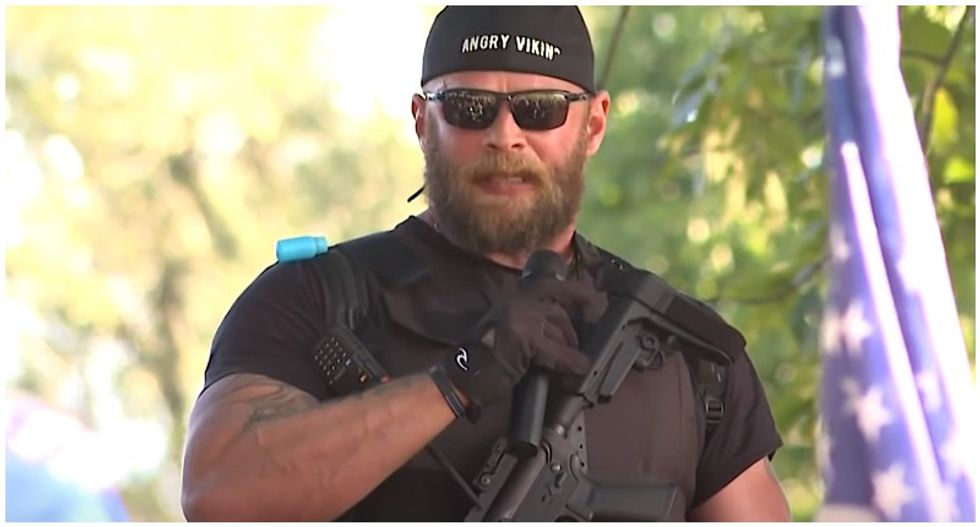 On Friday, U.S. Attorney Andrew Birge publicly unveiled a trove of evidence, including text messages and recorded footage that was used presented in a hearing for the suspects identified as—Adam Fox, Barry Croft, Ty Garbin, Kaleb Franks, Daniel Harris, and Brandon Caserta—who now face charges for their involvement in the alarming plot.

The clip below captures several men participating in military-style drills while firing assault weapons. The video then shifts to Caserta who expressed disapproval of the U.S. government.

"If this s**t goes down... okay... if this whole thing starts to happen, I'm tellin' you what dude, I'm takin' out as many of those motherf**kers as I can. Every single one dude. Every single one. And if you guys are gonna give any of these motherf**kers a chance, any of these gang f**king criminal a** government thugs that rob people everyday, if you're even gonna give them a second to try to speak or tell their story, don't even f**k with me dude.

"I have zero patience for immoral coward criminals," Caserta said, adding, "I'm sick of being robbed and enslaved by the state. Period... And these are the guys who are actually doing it."

Additional disturbing details about the plot were also shared via Twitter by Fox 17 reporter Doug Reardon of Detroit, Mich. The evidence also included text message conversations with one message, in particular, appearing to suggest that Whitmer be killed.

That message read, "Have one person go to her house. Knock on the door and when she answers it just cap her… "

The latest developments come as President Donald Trump continues to attack Whitmer. In fact, he even attempted to blame her for the plot orchestrated against her due to the strict coronavirus shutdown orders she enforced. The president took to Twitter on last Thursday to verbally attack Whitmer as he falsely claimed she called him a "White Supremacist," according to CNN.

"Governor Whitmer of Michigan has done a terrible job. She locked down her state for everyone, except her husband's boating activities," he wrote, urging her in another tweet to "open up your state, open up your schools, and open up your churches!"