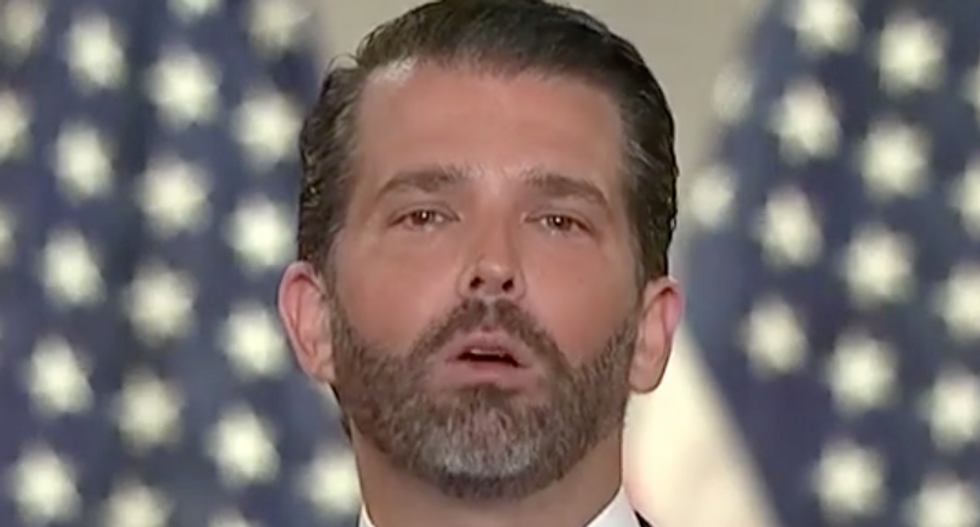 The news that President Donald Trump and first lady Melania Trump have contracted the coronavirus brought prayers and widespread expressions of concern from Texas officials across the political spectrum on Friday — and the postponement of a Trump campaign event in the state that would have featured the president's son.

Donald Trump Jr. had been scheduled to appear in McAllen for a get-out-the-vote lunch event Friday, alongside Trump adviser Kimberly Guilfoyle. But local GOP officials said the event would be moved back to a later date "out of an abundance of caution."

"As many of you know, President Trump has tested for COVID19 and both Kimberly and Donald Trump Jr have been in close proximity to President Trump, our First Lady, Ivanka Trump, and Hope Hicks," the Hidalgo County GOP wrote on Facebook on Friday. "Kimberly Guilfoyle and Donald Trump Jr. will be in quarantine for the next couple of days until they test negative for COVID."

The party said the event will be rescheduled.

"The great news is, the event is not cancelled. It is postponed. We will see Donald Trump Jr. in Hidalgo County before Election Day," the party said.

Meanwhile, expressions of concern poured in from the state's elected officials. Gov. Greg Abbott said he was "lifting up prayers" for the president and first lady on Twitter at about 1 a.m. Friday, about an hour after the president announced the news.

"May God’s healing powers touch them, strengthen them, and raise them up," he said

U.S. Sen. Ted Cruz, R-Texas, also said he was praying for the president and first lady. That sentiment was echoed much of the Texas delegation in the U.S. House, with multiple members from both parties urging Texans to take the virus seriously.

Meanwhile, U.S. Rep. Louie Gohmert, R-Tyler, seemed to suggest on Twitter that Trump used the unproven drug hydroxychloroquine for treatment, even though in July the Food and Drug Administration revoked its emergency use authorization to treat COVID-19. The FDA found that the drug had no benefit for decreasing the likelihood of death or seeing recovery, but did provide a risk for heart rhythm problems. Gohmert tested positive for the virus in late July and has since recovered.

U.S. Rep. Joaquin Castro, D-San Antonio, also responded and asked that other members of Congress who were in close quarters with the president not show up for work Friday.

"That’s why we put in place proxy voting during this pandemic," Castro said. "Sincerely, A Co-worker."