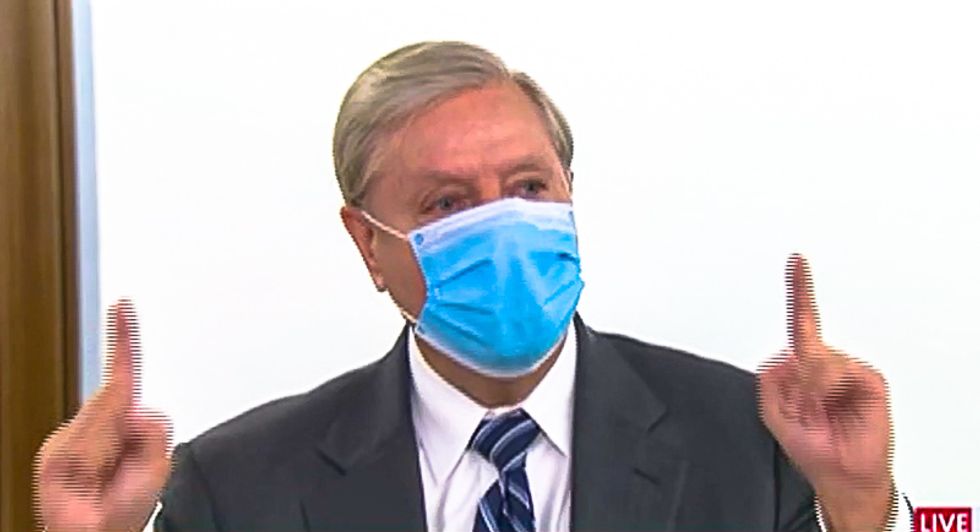 Sen. Lindsey Graham (R-SC) on Wednesday sought to explain his earlier remarks referring to the "good old days of segregation."

During a break in Barrett's confirmation hearing, Graham was asked about the remark.

"The point that I'm trying to make is there's nobody in America, in the legislative arena wanting to take us back to that dark period in American history," he continued. "And for my opponent to suggest that says far more about him than me."

Graham noted that Black people make up 31% of his state's population.

"I want to make sure that everybody in my state moves forward," he said. "And in terms of that statement, it is a -- it blows my mind that any rational personal could believe that about me! This is not a game we're playing here with the people of South Carolina."

"Manufacturing a scenario that Lindsey Graham wants to go back to the days of segregation is not worthy of the times in which we live, it is not worthy of an assault on me," Graham added. "I want to assure the people of South Carolina, that statement was made with dripping sarcasm."