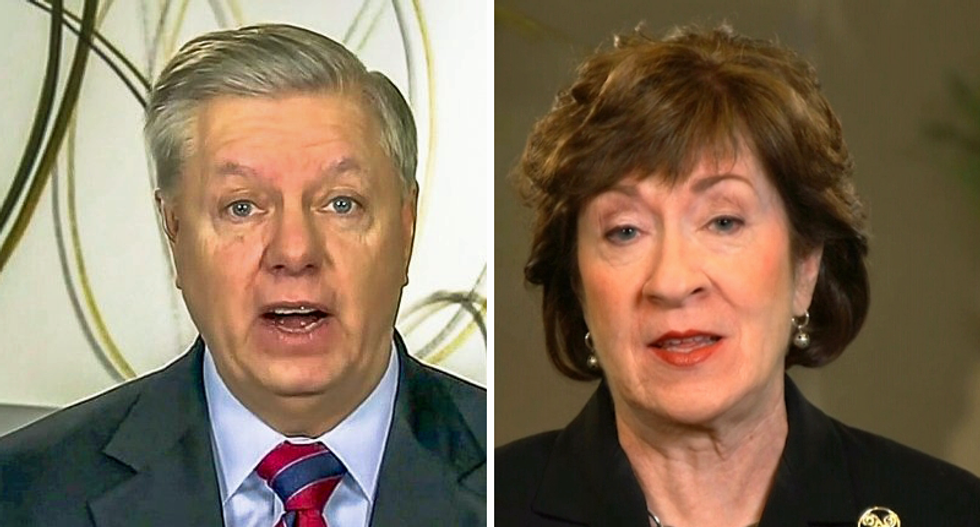 According to an analysis by CNN's Harry Enten, at least five embattled Republican senators may be out of a job following the November 3rd election because they can't escape the shadow of Donald Trump who will be sitting at the top of the ticket.

Noting that Donald Trump is trailing in the national polls by ten points, Enten explained there was a correlation between states where Trump is trailing former Vice President Joe Biden and the prospects of GOP Senators in those states who are also running for re-election.

Pointing out that Republicans hold a slim majority in the Senate, keeping Senate Majority Leader Mitch McConnell (R-KY) in power, Enten wrote, "Assuming Republicans knock off Alabama Sen. Doug Jones (he's trailing by double digits), Democrats will need to win four Republican-held seats to reach that net gain of three. They're ahead in at least five races: Arizona (by 7 points), Colorado (by 9 points), Maine (by 5 points), Iowa (by 2 points) and North Carolina (by 3 points)."

"The fact that these Republican senators are being weighed down by Trump shouldn't be a surprise. The correlation between Senate and presidential results has climbed much higher in recent years. The 2016 election was the first time since senators were popularly elected that every state voted for the same candidate for Senate and president," he wrote before adding, "This year, the same thing may happen."

Enten goes on to note that Republicans in the House -- all of whom are on the 2020 ballot -- are facing the same Trump problem.

"This year, Republicans' chances at a House majority have been all but squashed because they're doing poorly in what should be red territory. Take a gander at the about 20 seats where Trump and the House Republican carried in 2016, but where the Democratic candidate won in 2018. The Republicans aren't clear favorites in any of these seats. Trump won in these districts by an average 6 points, but in an average of the forecasts from FiveThirtyEight and Jack Kersting, the House Democratic candidate is favored by 7 points in 2020," Enten explained before adding, "The main problem for Republicans is Trump just doesn't seem as popular as he once was."