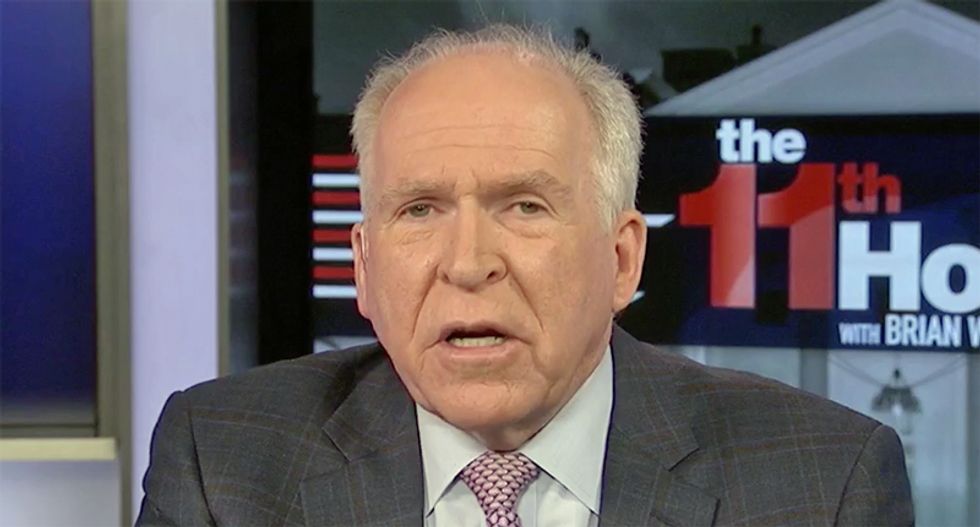 "The president ... retweeted a post suggesting that Osama bin Laden's death was a hoax," said anchor Wolf Blitzer. "You, of course, were there in the White House Situation Room as the operation unfolded ... what goes through your mind when you see president of the United States sowing doubt about what you call the most well-planned and successful operation you personally, a long time member of the U.S. intelligence community, witnessed?"

"It just reinforced my view that Donald Trump is a deeply disturbed individual who, unfortunately, has the future of this country in his hands right now," said Brennan. "And it's clear that he continues to push out these conspiracies, and it's delusional and, unfortunately, I think we have to be used to this until he is voted out of office, but I'm sure he is going to continue to do this once he leaves office."

"I just shake my head and I talk to people — they look what is happening in Washington and with Donald Trump and saying, what is going on in America?" said Brennan. "And I tell them that Donald Trump is an aberration and that we are going to get through this, but I think the damage has already been done in terms of how he has abused his authorities, and I'm just hoping that we are able to recover quickly from the damage he has brought."