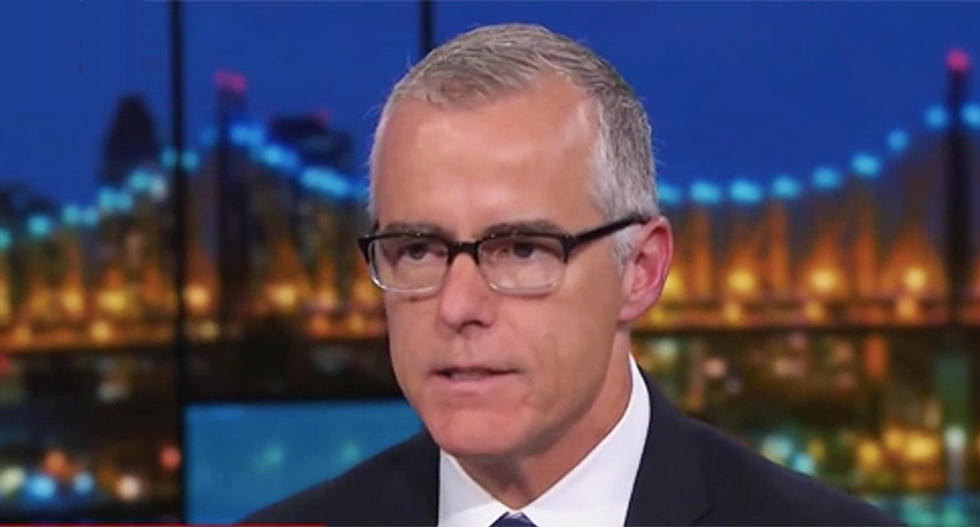 During a press conference on Thursday, federal prosecutors revealed that the militia members plotted against Whitmer because of the coronavirus-related restrictions she put on the state.

Following the press conference, CNN's Brianna Keilar noted that Trump had attacked Whitmer over her handling of the coronavirus pandemic.

"We know back in 2016, one of the Russians' objectives was to sow exactly this sort of sentiment: discord, chaos, distrust in each other and in our democratic process," the former FBI director explained. "We also know from what our intelligence folks have told us in the last few weeks that they are continuing that same campaign."

"But let's not be mistaken here," he continued. "The person most responsible for fomenting this sort of unrest, this sort of division, this sort of violence in this country right now is the president of the United States."

According to McCabe, "the Russians simply have to amplify the messages that President Trump is putting out on a daily basis."

"It is exactly that sort of rhetoric that causes extremists to feel like now is the time to take action," he added. "It serves as a sort of trigger for folks who are already violent, maybe unstable, pointed in that direction."