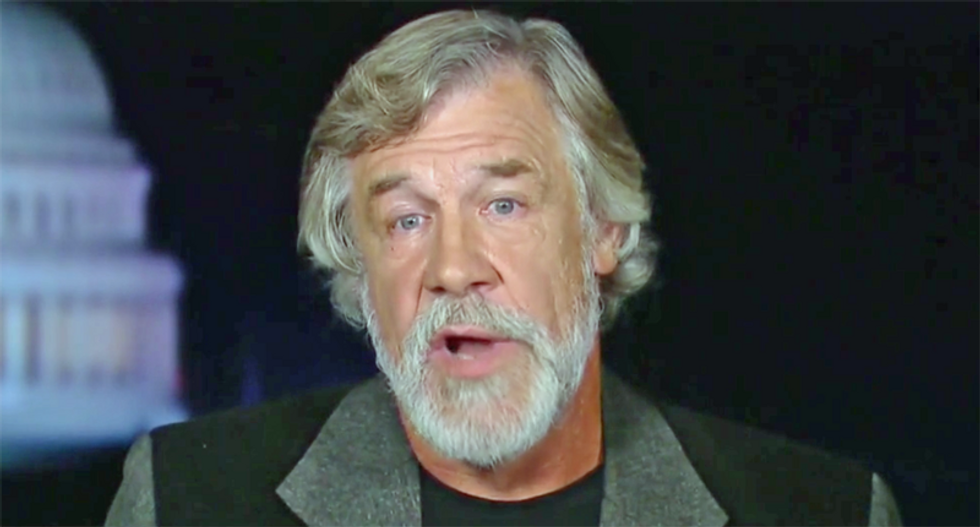 The former chairman of the Shelby County Republican Party in the battleground state of Iowa is part of a group with a brutal greeting for President Donald Trump as the president travels to the state for a campaign rally in the middle of a pandemic.

Christopher Gibbs raises corn, soybeans, alfalfa and seed stock beef cattle on his 560-acre farm. The former GOP official explained how Trump's trade war with China have been devastating for farmers during a 2019 interview on MSNBC.

"Certainly, the administration has put forth the bailouts. I call it hush-money to keep farmers sedated," Gibbs told anchor Chris Hayes. "But they put together dollars from the taxpayer, and let’s be very clear, those dollars do not come from China. No matter how many times the president says it, the dollars come right out of the Treasury, right from the American taxpayer."

"I got off the Trump train a long time ago, particularly through the tariff fight. I’ve spoken out against this for over a year," he said.

The group put up a billboard slamming Trump for holding a rally during the pandemic: