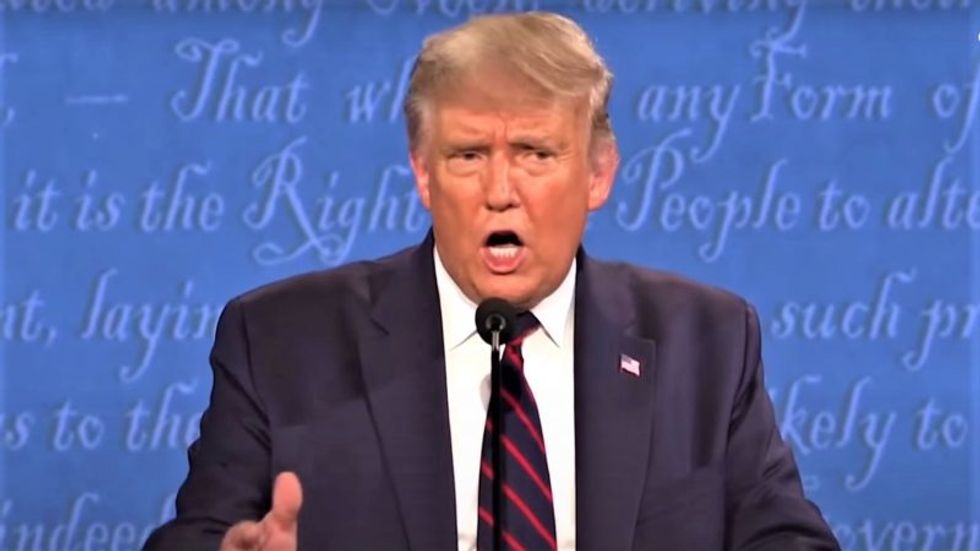 Days after Donald Trump and Democratic presidential challenger Joe Biden faced off in their first -- and possibly only debate -- the Philadelphia Inquirer conducted a voter roundtable to see what locals thought after the dust had settled.

While both candidates were criticized, the president received very low marks from attendees in a state he desperately needs if he has any hope of being re-elected.

The president's performance, which included multiple interruptions and insults that continued unabated moments after the debate began, led one member of the voter panel to say, "It far exceeded my worst expectations," while another added, "It was a circus."

According to the report, the roundtable included voters from across the state and the political spectrum, with the Inquirer reporting, "Republicans, Democrats, and independents all expressed deep disappointment. They said both candidates failed to debate in a cordial manner, resorting to finger-pointing and interrupting. But many, including some Republicans, found more fault with Trump, who repeatedly interrupted Biden."

"Her school has a better debate team than what happened on the stage," Barone stated before adding her daughter thought the attack was "...downright trashy and upsetting.”

David Graham, a Republican from Johnstown, wasn't pleased with either candidate.

“The president interrupted more than Biden did, but Biden gave as good as he got,” the 68-year-old said. “I was and will be voting for Trump. But he made a complete fool of himself at his debate. Biden didn’t do much better. … If we’re gonna run by WWE rules then maybe we should get The Rock to moderate these things.”