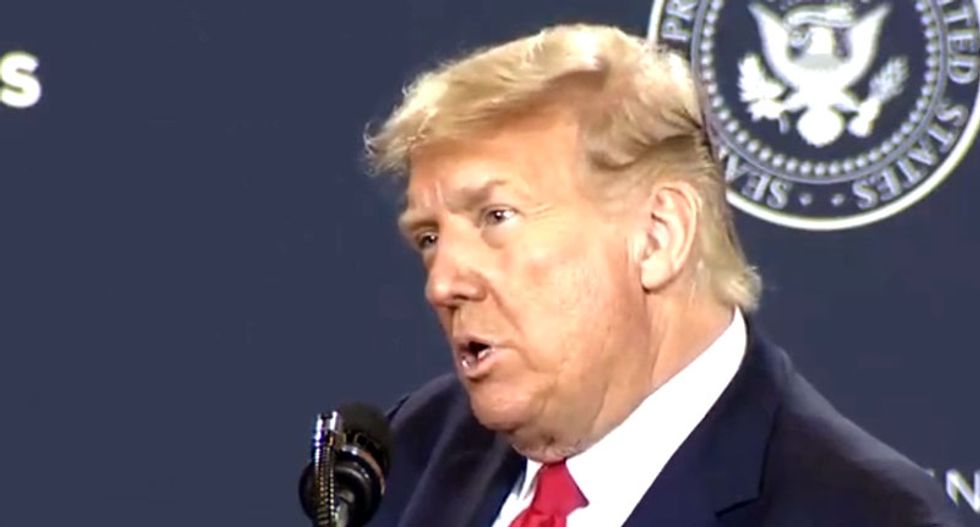 Dave Wasserman, a polling expert with the Cook Political Report, closely watches polling at the district level in the United States. And in 2016, he saw signs in the data that Donald Trump was performing better than many expected in areas like New York's 22nd District — where Mitt Romney and Barack Obama were tied in 2012. Those warnings turned out to be prescient when Trump eked out a narrow win in three key swing states while losing in the popular vote.

Now, though, Wasserman has said he sees little sign of hope for Trump's re-election, even as Democrats continue to fear that former Vice President Joe Biden's polling lead will evaporate in the coming days:

An important point about his claims is that Wasserman, a nonpartisan analyst, is privy to a lot of information that isn't publicly available. While there's a lot of public national and state-level polling, district-level polls are harder to come by. Many pollsters keep this info private, though they will share it with people like Wasserman. This data can give a closer glimpse into trends and demographic changes in the electorate that other polls may be missing.

But according to Wasserman, this data should give Trump no solace. It's consistent with Biden's estimated 10-point lead in the FiveThirtyEight national polling average. He explained his findings in an interview with Greg Sargent of the Washington Post.

"In 2016, district-level polling in late October showed flashing red warning signs for Clinton in districts dominated by White non-college voters," he said. "It wasn't being detected so much in state-level polling, because the state polling chronically under-sampled those voters."

But in 2020, Wasserman is seeing a consistent pattern, and it's not good for Trump.

"Trump is underperforming his 2016 margins by eight to 10 points in most competitive districts. If Trump won a district by three last time, he's probably losing it by six this time. It's a pretty consistent pattern," he explained.

There are some exceptions and variations, but overall, it's a brutal picture for the president. He won by the skin of his teeth in 2016 — and he is dramatically underperforming that race.

Trump is doing worst in "upscale suburbs," Wasserman explained, while he has improved somewhat in his support in some Latino communities. Biden is doing better than Clinton did in districts that are predominately populated by "blue-collar Whites," though not as well as the Obama-Biden ticket did in 2012.

But Biden is improving most in areas dominated by college-educated white people, and that demographic may well be decisive on Nov. 3. It also means Trump has a difficult path forward to claw back from the hole he's in.

"Trump needs to boost turnout of non-college Whites by five points nationally, just to offset their declining share of the population since 2016. But he also needs to increase the share of those voters he's winning," said Wasserman. "Trump's gains among non-Whites can only get him so far, because there's really not much of a Hispanic vote in Pennsylvania, Michigan and Wisconsin. So he's got to solve this riddle with both persuasion and turnout. He needs to persuade more White voters — both college and non-college — to stick with him. And he really needs to boost non-college White turnout."

It's not impossible that Trump could pull it off, but it's hard to see it happening.