Experts fear America is on the brink of civil war: ‘Millions of people are actively prepared to murder their countrymen’ 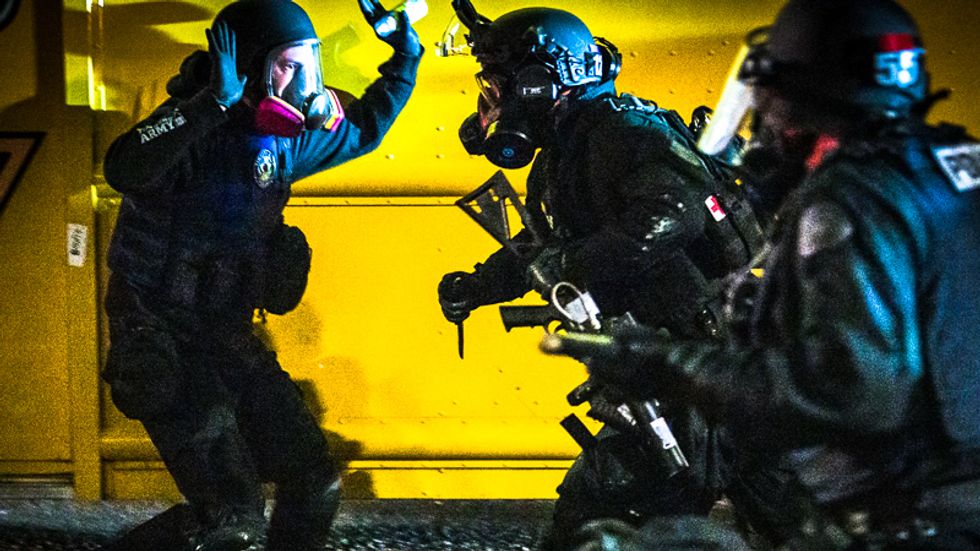 Experts are warning that political violence could erupt around the election, but some believe the early stages of a civil conflict have already unfolded.

A new conflict would look nothing like the first Civil War, more than 150 years ago, and instead would likely resemble an insurgency like those seen in Colombia, Ireland and Syria -- and possibly already in the U.S., reported Vice.

“A conflict in the pre-insurgency stage is difficult to detect because most activities are underground and the insurgency has yet to make its presence felt through the use of violence,” the CIA Guide to the Analysis of Insurgency notes. “Moreover, actions conducted in the open can easily be dismissed as nonviolent political activity. During this stage, an insurgent movement is beginning to organize: leadership is emerging, and the insurgents are establishing a grievance and a group identity, beginning to recruit and train members, and stockpiling arms and supplies.”

Another leading indicator of civil conflict is fear, according to David Kilcullen, of the nonprofit Foundation for Defense of Democracies.

“The worst atrocities come from fear, not hate, because people think they’re good,” Kicullen told Vice. “And they can justify incredible atrocious violence to themselves on the basis that it is defensive ... you need a belief that some other group is encroaching on your territory, and then you need to have lost confidence in the ability of the state to act as an impartial and neutral protector. We’re already losing that confidence because of COVID.”

Robert Evans, a journalist who's reported from conflicts in Iraq, Syria, Ukraine -- and now his home base in Portland, Oregon -- said he's concerned that street clashes across the country will erupt into gunfire involving competing protest groups and law enforcement.

“I think it’s preparing everyone for the big one,” he told Vice. “At some point, if this continues, you will have three large groups of armed people show up and begin firing at each other with live rounds and you’ll have multiple casualties.”

Evans expressed concern about what would follow widespread violence and death at a protest, and how that could quickly shift the tense dynamic between the left, right and law enforcement.

Historians have also compared the current political moment to Italy's "Years of Lead" from the 1960s to 1980s, when far-left and far-right paramilitary groups violently clashed as political leaders inflamed tensions.

“The strategy would involve trying to frighten the bulk of the population by saying, ‘We’re in a polarized society where the extreme left is very very powerful and may succeed, and if they do, society will fundamentally change and we need to be fearful of that,” said Matt Clement, who recently co-authored a study of that period.

The U.S. has a president in Donald Trump who's willing to exploit those overdriven fears, as well a heavily armed populace saturated in social media.

“I don’t know how you pull back from the brink here,” Kilcullen said. “At the end of the day, the least you’ve got right now is in the low tens of millions of people who’ve actively prepared to murder their countrymen and in many ways were looking forward to it. How does a Joe Biden electoral victory change that?”