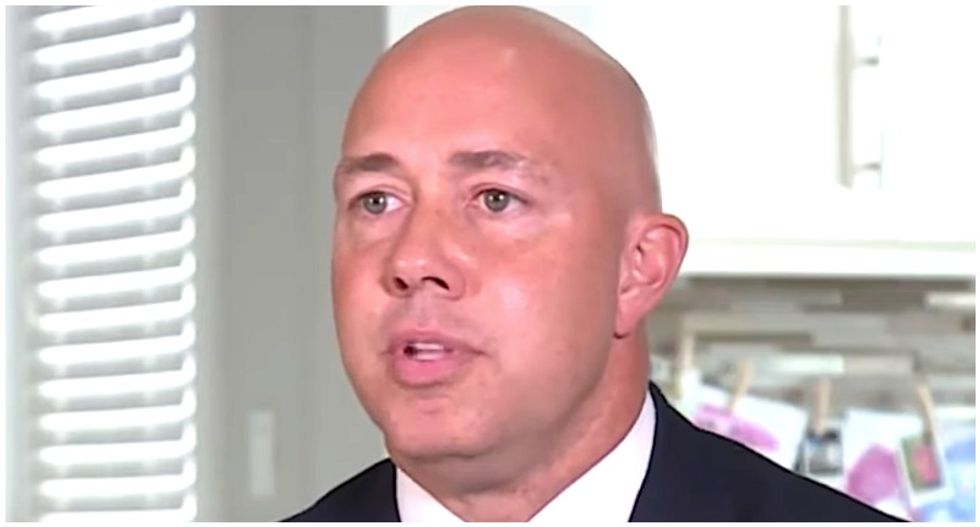 An incumbent Republican’s reelection campaign is in jeopardy after the South Florida Sun Sentinel resurfaced old Facebook posts showing Rep. Brian Mast where he joked about having sex with 15-year-olds, The Intercept reports.

In 2009, Mast's friend Rocco LeDonni was vacationing in South Africa and posted an image of a bar, prompting Mast to comment, “i’m so proud of you. i hope you hook up with at least fifteen 15 year olds over there…. its (sic) legal there right.”

In a post two years later, LeDonni asked, “Anyone have any good pick up lines for this weekend considering according to the crazy christian radio guy the world may end on sunday?”

“How about don’t turn this rape into a murder," Mast replied.

This past summer, Mast apologized for his comments. But as The Intercept points out, one of his congressional race opponents, K.W. Miller, is publicly associated with the QAnon conspiracy cult, and Mast's comments may have sent adherents to the cult running to Miller.

“As soon as the Sun Sentinel article came out, that night K.W. put up a video calling for his resignation, and then a bunch of other groups piled on to that,” Miller campaign spokesperson Sabra Ingeman said, adding that Miller is not a supporter of QAnon.

“We don’t know much about the QAnon groups. Like you said they’re very broad-based, and there’s a lot of individuals who are individually working in QAnon and all. That’s not something we’re a part of,” she said. “K.W. is not part of the QAnon or anything like that. They probably do have similar views in certain areas to what our views are, and other conservatives, but he’s not involved with any of that.”

But despite her denials, Miller has used QAnon hashtags in his social media posts, and has focused his attacks primarily against Mast, not his Democratic opponent, veteran Pam Keith.

"Any local voter looking to express their opposition to such comments, who doesn’t want to vote for a Democrat, has Miller on the ballot," The Intercept's Ryan Grim writes.