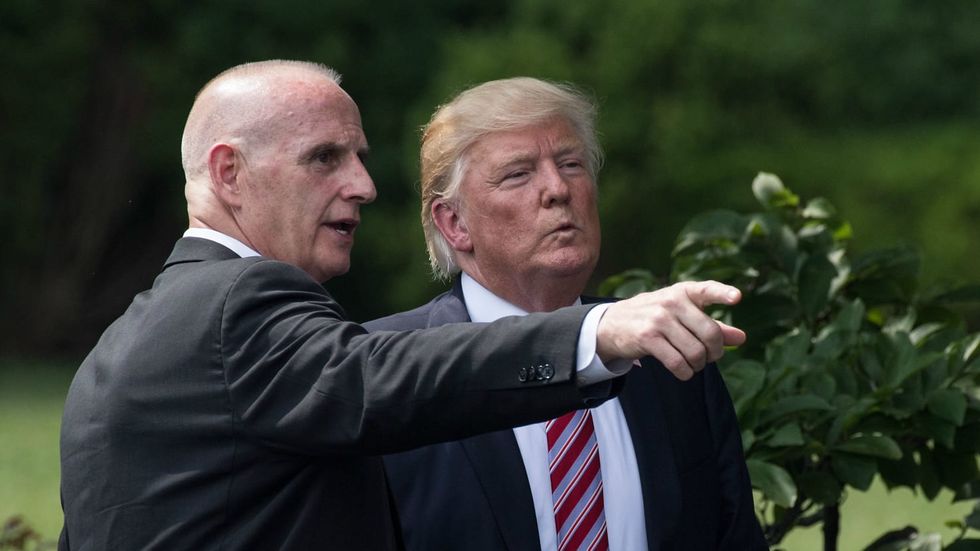 U.S. intelligence officers responsible for briefing President Donald Trump on the country's potential threats are reportedly "terrified" to brief him on anything Russian-related due to concerns about his possibly explosive reaction.

During an interview with GQ magazine, former CIA official Marc Polymeropoulos weighed in on Trump's perplexing affinity for Russian President Vladimir Putin to like him. At this point, Polymeropoulos insists no one is willing to brief the president on anything involving Russia.

"No one's going to brief anything on Russia to the president," Polymeropoulos told GQ correspondent Julia Ioffe. "They're terrified of doing that. I know that from the briefers. Because he'll explode and the whole thing will get derailed, because he has this weird affinity for [Russian President Vladimir] Putin."

When Polymeropoulos was asked why the subject of Putin and Russia are such delicate issues in the White House, insisted Trump "wants Putin to like him."

According to Polymeropoulos, the issue is sensitive for Trump because: "He doesn't want to be embarrassed in front of Putin, that's part of the dilemma. Polymeropoulos went on to recall how Trump interacted with the Queen as he noted that the president insists on being connected to people who have "glamour and cachet."

The latest news comes as intelligence reports warn of the possibility of Russian election interference as election day fast approaches. In 2016, the former Soviet republic was accused of running disinformation campaigns in an effort to sway the election in Trump's favor. Now, reports suggest Trump's personal attorney Rudy Giuliani may be Russia's new target to help circulate disinformation campaigns on Democratic presidential nominee Joe Biden in a manner similar to the attacks on former U.S. Secretary of State Hillary Clinton during the 2016 presidential election.