Fox & Friends host fumes at Trump for stimulus debacle: 'It looks like he's to blame now!' 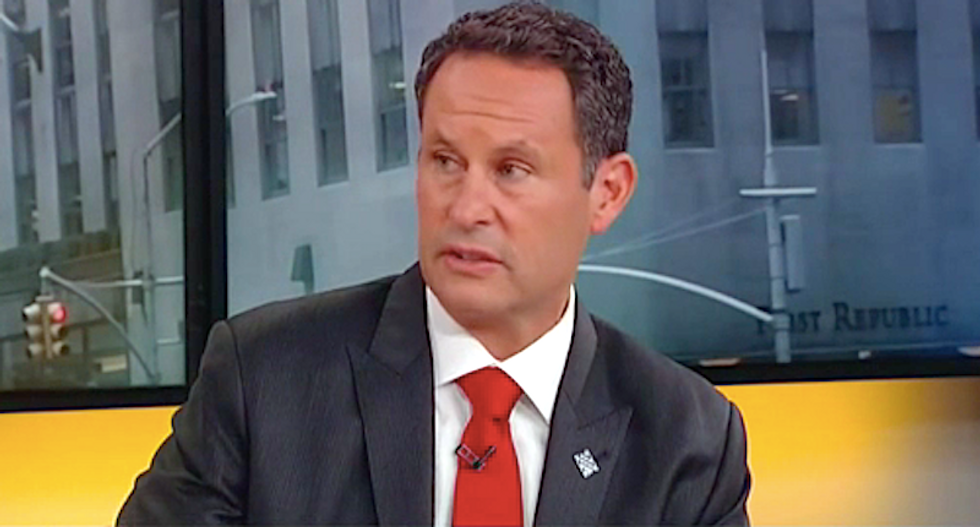 Fox & Friends co-host Brian Kilmeade on Wednesday whacked President Donald Trump for unilaterally calling off economic relief talks until after the election by pointing out the the president just did significant damage to his re-election campaign.

Kilmeade began by discussing the importance of more help from the government to help businesses get through the novel coronavirus pandemic.

"For the president to come out with a tweet like that with the markets still open, it just crashed the market and cost people a lot of money," he said. "You have 30,000 people who are about to lose their jobs and be furloughed through no fault of their own. The tourism industry, the hospitality industry has been destroyed. If you work in a hotel, you don't need me to tell you."

He then blasted the president for being the one to announce stimulus talks had been shut off until after the election.

"I understand negotiating tactics, but not at this point!" he fumed. "I actually think the president has more pressure on him now than he had before his first tweet because Nancy Pelosi can now clearly turn around and say, 'It's not my fault, I was having talks!' So it looks like the president is the one to blame now! I don't know how he has leverage!"