Fox News host blisters Trump aide over balcony stunt: 'He tore that mask off knowing he has the coronavirus' 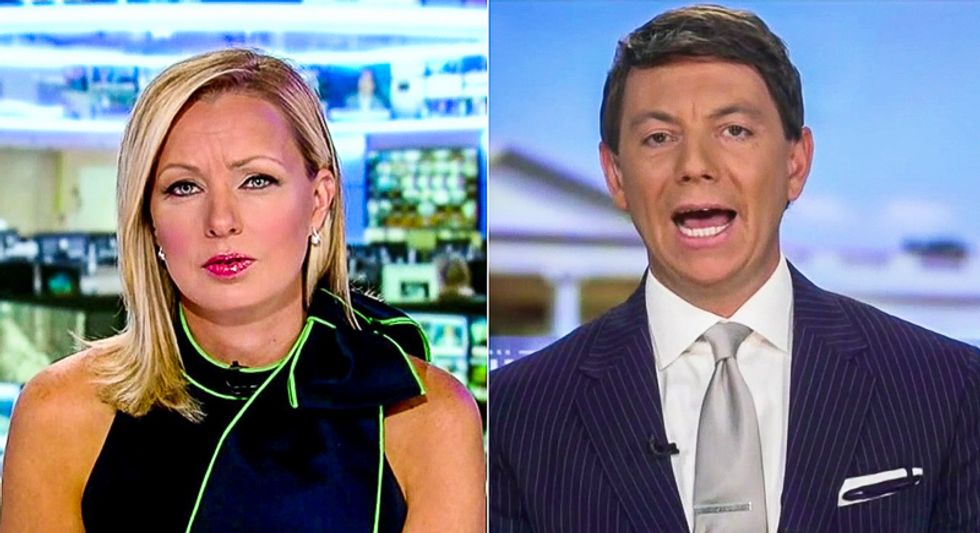 In an interview on Fox News, Gidley was angered by a question about Trump's decision to downplay the use of masks throughout the course of the pandemic.

"The way the media tell it, it's as though they've been wearing masks the entire time," Gidley complained. "They have not."

"Hold on, Hogan," Smith said as Gidley talked over her. "We're just having a real conversation about it because even the imagery and the optics last night of the president standing up on the balcony facing the American people, showing his strength, pulls off his mask, don't let this virus defeat you. Is there any concern about that level of optimism and what that does to the American people?"

"As he tore that mask off, still knowing his has the coronavirus, and then walks into the White House," the Fox News host added.

Gidley argued that Trump's decision was warranted because he was "outside on the balcony."

The press secretary went on to attack Democratic candidate Joe Biden for not wearing a mask during an interview with NBC's Lester Holt (although the two men were distanced from each other).