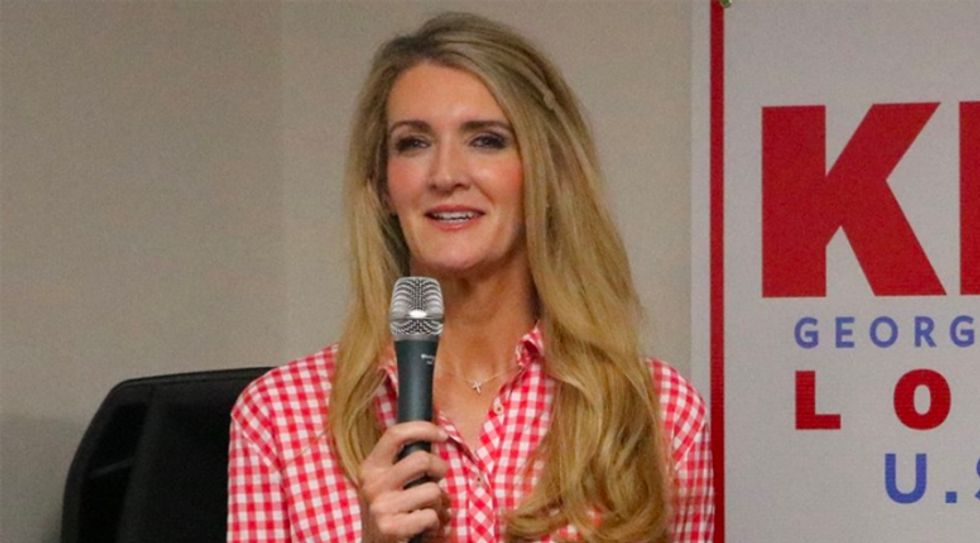 On Wednesday, the Atlanta Journal-Constitution reported that Republican Georgia House Speaker David Ralston is griping about Sen. Kelly Loeffler, who was appointed at the beginning of the year by Gov. Brian Kemp in the hope that she could draw suburban women back into the Republican Party.

But it hasn't worked that way, Ralston noted — because Loeffler's ostentatious wealth is completely unrelatable to the demographics she is supposed to target.

“I know Doug [Collins],” said Ralston. “I really don’t know his opponent. I know she’s got a lot of money. I know she married well. I know they’ve got three or four jets. She was supposed to be getting the votes of suburban moms, but the ones I talk to say, ‘She ain’t like me. We’re still working on our first jet at our house.’”

Loeffler has proven awkward on the campaign trail, even boasting about her private jet by claiming she used it to help assist people during the coronavirus pandemic. She was also hobbled early on by allegations of insider trading off of private coronavirus national security briefings in the Senate, although an Ethics Committee investigation didn't find any specific offense to charge her with.