Giuliani’s daughter explains choice to take on Trump: ‘Maybe I could be the other October surprise’ 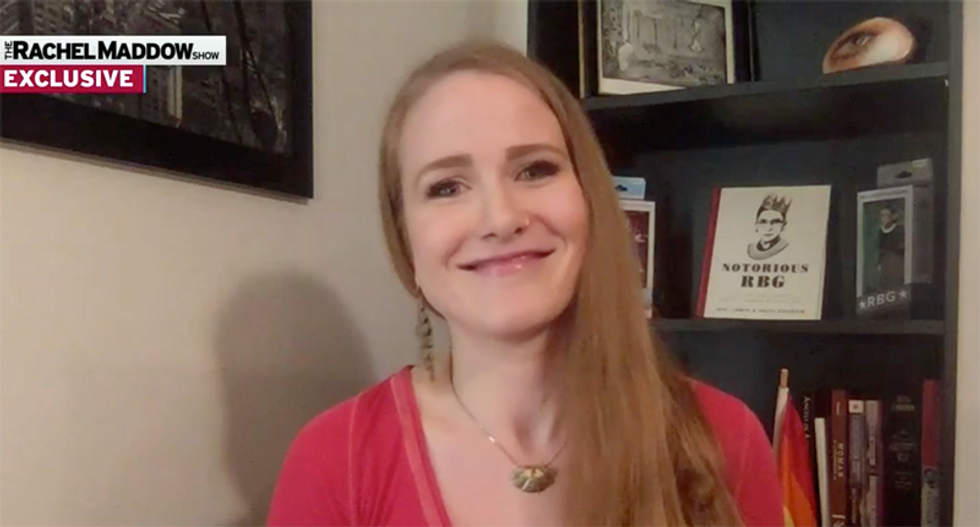 Caroline Rose Giuliani was interviewed Thursday by the host of "The Rachel Maddow Show" on Thursday.

With the book Notorious RBG sitting on a bookshelf next to an action figure of the late justice, Giuliani discussed her moving column against Trump that was published by Vanity Fair.

"Let me ask if you and your dad have spoken since you made a choice to do this or if your family has given you any feedback thus far?" Maddow asked.

"We haven't spoken since the article was published, but, so I'm not sure how he feels. If I were him, I'd be very proud to have a daughter who's using her voice for what she believes in."

"Tell me about the decision to do this so publicly," Maddow asked. "Obviously, you've had to grapple your whole life with what kind of public profile you want to have and the associations with your name both in your father's own political career and now in his career associated with the president's. How did you weigh that in terms of how much you wanted to put yourself out there versus what you felt like was the urgency of this message?"

"Yeah, I've spent a lot of my life running away from that connection, just because I wanted to build an identity of my own," Giuliani replied. "But just looking around, seeing the crisis that our country is in for the last four years, it just felt like an urgent thing to do."

"And I felt like because of the experiences that I've had in politics and how discouraged I've been by them my whole life, for personal reasons, that I could speak to those people who feel really overwhelmed about this election because of the toxic climate that Trump has created.," she explained.

"One of the things that's happened, actually, since your piece was posted at Vanity Fair tonight is that The Washington Post is reporting that the White House was told last year that your father was being used by Russian intelligence, that he was the target of a Russian influence operation," Maddow noted. "NBC News is reporting tonight that with this sort of October surprise, that he has brought to the fore about Joe Biden and Mr. Biden's son, that that is now being investigated by federal investigators as a foreign intelligence operation for which your father would be the conduit."

"I imagine despite all your political differences with your father, that has to be jarring as his daughter to think about that prospect and to think that he might be wrapped up in that," Maddow said.

"Yeah, I mean, the whole experience can be difficult and challenging, but I think it's the same thing that -- not the same -- but I think a lot of people can relate to despair over politics and that's really what I wanted to speak to. I don't have any -- I live in L.A., I don't have any inside information on anything like that. But I just thought maybe I could be the other October surprise, you know?"