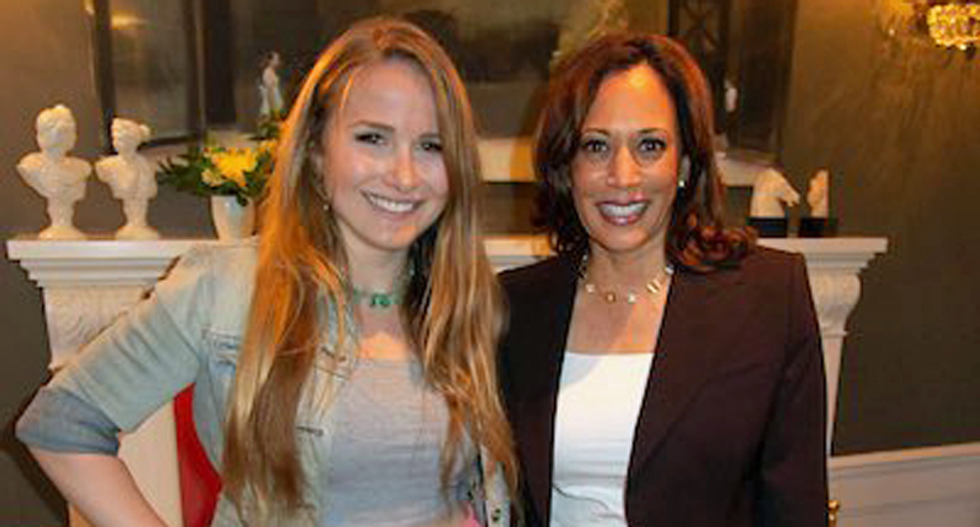 In an op-ed for Vanity Fair this Thursday, Rudy Giuliani's daughter rebuked the Trump administration and called upon people to elect Joe Biden for president in 2020.

"To anyone who feels overwhelmed or apathetic about this election, there is nothing I relate to more than desperation to escape corrosive political discourse," Caroline Rose Giuliani wrote. "As a child, I saw firsthand the kind of cruel, selfish politics that Donald Trump has now inflicted on our country. It made me want to run as far away from them as possible. But trust me when I tell you: Running away does not solve the problem. We have to stand and fight. The only way to end this nightmare is to vote. There is hope on the horizon, but we’ll only grasp it if we elect Joe Biden and Kamala Harris."

Giuliani, who is a filmmaker, describes how as a child she would get into debates with her father, but found that his opinions were immovable.

"It was disheartening to feel how little power I had to change his mind, no matter how logical and above-my-pay-grade my arguments were. He always found a way to justify his party line, whatever it was at the time," she wrote, later adding that even though there was an "occasional flash of connection in these disagreements with my dad, it felt like nothing changed for the better, so I would retreat again until another issue I couldn’t stay silent on surfaced."

"Women, immigrants, people with disabilities, and people of color are all also under attack by Trump’s inhumane policies—and by his judicial appointments, including, probably, Amy Coney Barrett. Trump’s administration has torn families apart in more ways than I even imagined were possible, from ripping children from their parents at the border to mishandling the coronavirus, which has resulted in over 215,000 in the U.S. dying, many thousands of them without their loved ones near."

Read her full op-ed over at Vanity Fair.