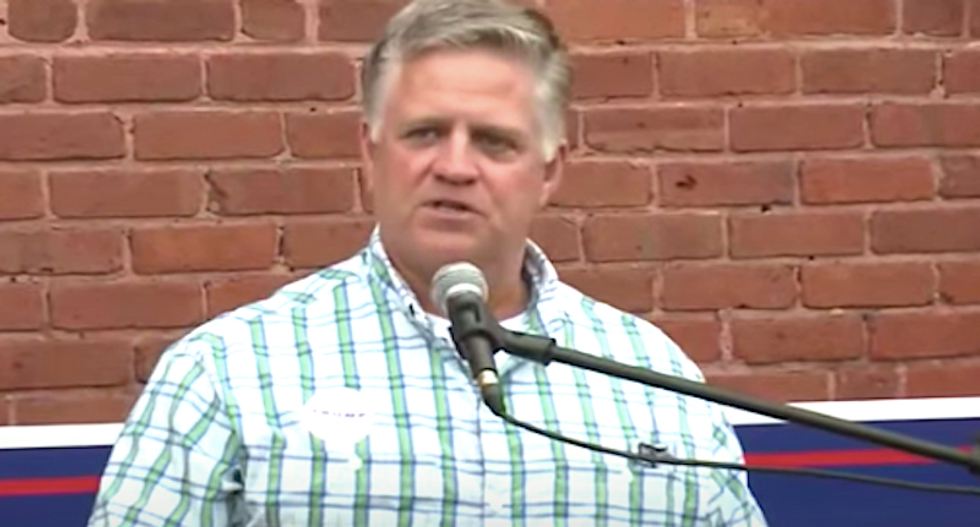 A Georgia Republican congressman announced that he has tested positive for the coronavirus, just days after taking part in a campaign event where few attendees wore masks.

Rep. Drew Ferguson (R-GA) announced Friday that he experienced cold-like symptoms the night before and woke up with a fever, and he received a positive diagnosis after going for a COVID-19 test.

"While the vast majority of my recent schedule has been virtual, we are beginning the process of reaching out to anyone I have seen in recent days," Ferguson said.

Ferguson did take part Tuesday in a "MAGA Meet Up" host by Georgia Gov. Brian Kemp and other state GOP leaders ahead of a campaign visit by Joe Biden.

Video from the event shows few attendees wearing masks or practicing social distancing to prevent the spread of the potentially deadly virus.

On average, symptoms of COVID-19 show up about five to six days after infection, although symptoms may not appear for up to 14 days, if at all.

At the event Ferguson praised Kemp for listening to medical experts, and said the governor had "not buckled to the liberal mob" as he led the state through the pandemic.

Ferguson then shakes hands with mask-wearing Kemp and leans in for a quick hug before taking the podium.